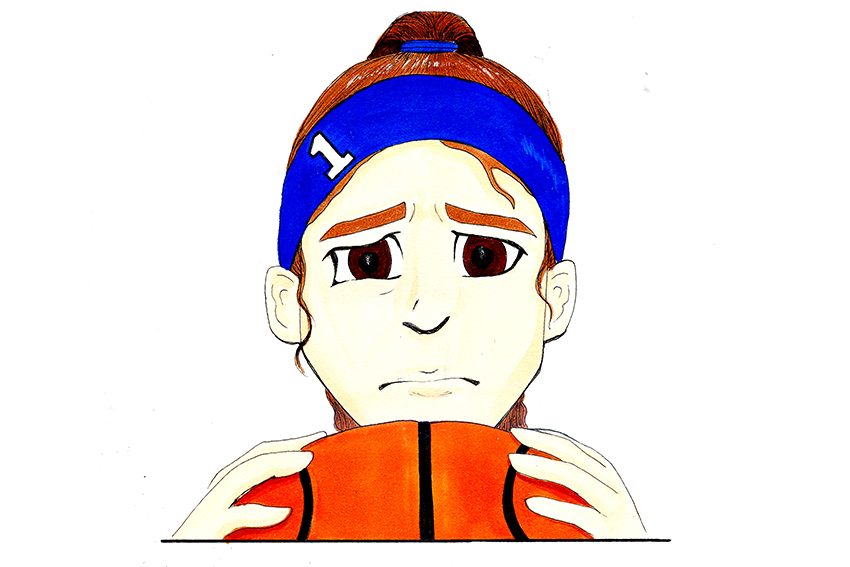 Editor’s Note: Balls on the Brain is a recurring column that discusses the psychological aspects behind sports.

Many athletes experience mental blocks, where their emotions get the best of them. Psychologists say that simply visualizing success and simulating stressful situations can help athletes overcome these common psychological barriers.

Esbelle Jowers, director of the Exercise and Sport Psychology Lab, said an athlete’s emotional state or arousal can positively or negatively impact their performance. Jowers said a balance of emotion must take place for an athlete to succeed.

“An athlete has to determine what their optimal level of arousal is, because that affects their focus on the game,” Jowers said. “If an athlete is under or over-aroused, it will take their attention away from their task and cause them to focus on external things such as the prize or the fans.”

Having scrimmages and practice races is extremely helpful in allowing the athlete to determine their optimal emotional state, because these situations are the closest an athlete can get to simulating the actual competition, she said.

Nora McCullagh, a human dimensions of organization senior and swimmer on UT Women’s Swimming and Diving team, said to simulate a swim meet, every Friday the team holds a practice called “Fast Fridays.”

“In Fast Fridays we race each other like it is an actual swim meet,” McCullagh said. “It builds confidence for swim meets, because I am able to tell myself that even after a hard week of school and training, I was able to step up and swim fast.”

McCullagh said Fast Fridays help her prepare for the fatigue that can come from having to swim multiple races within a short time.

Another technique which athletes can use to prepare for competitions is mentally visualizing their success, Jowers said.

She said this is useful because athletes can shape how they want to feel before and during the competition. They can also use it to prepare for various scenarios that could unfold, such as making the right pass to a teammate or having to react to the defense.

According to The Washington Post, Olympic athletes like divers have been known to use visualization techniques to go over all the fine points required to execute a successful dive.

Practicing isn’t only helpful for building muscle and stamina. Through scrimmages and mental visualization, an athlete can truly win the prize before even starting the competition.