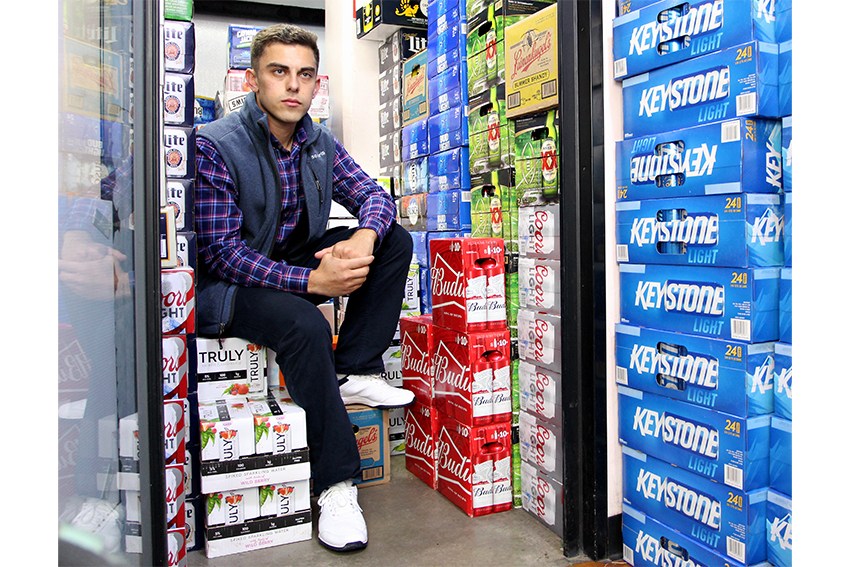 Hard liquor will be banned from all fraternity events, unless served by a third party vendor, beginning Jan. 1.

“I don’t think Greek life is ever going to be the same,” Interfraternity Council President Peter Driscoll said. “This is a very significant departure from the past.”

The proposal was introduced to the IFC executive board Sept. 18. A vote on the proposal was postponed to Sept. 23 and again to Oct. 3 before fraternity chapter presidents approved the ban Wednesday with a vote of 19-1-0.

“It took feedback,” said Max Harberg, IFC vice president of communications and advertising junior. “It was a collaborative process. We were trying to come to a change together versus the higher-ups coming up with something that everyone else had to deal with.”

Drinks with more than 15 percent alcohol by volume will be banned from being consumed on chapter property. Fraternity members who are 21 or older may own any type of alcohol, but they must consume it off chapter premises. Punishment for individuals violating the ban will be decided on a chapter by chapter basis, while organizations found in violation of the policy will be punished by the IFC executive board.

Third party vendors may serve hard liquor, but party-goers must pay the vendor per drink. Fraternities must seek approval from the IFC executive board in advance for any third party vendor they hire, which must be a vendor approved by the Texas Alcoholic Beverage Commission. Driscoll, a government and science and technology management senior, said he expects to see third party vendor use at fraternity parties go down drastically due to the expense.

“Even if you’re having a huge party, and you have tons of money as a chapter, you still have to pay,” Driscoll said. “(This is) going to limit exposure to risk chapters have by actually providing alcohol to people.”

Driscoll said fraternity events will now be geared more toward socialization and community-building, rather than binge drinking.

“It’s incremental,” Driscoll said. “It’s building toward what brotherhood should be about.”

Driscoll said while some fraternity members may choose to leave Greek life due to the ban, he is excited to see the different types of people and values entering the organizations.

“It will attract more than it will deter,” said Blaise Bucey, IFC executive vice president and finance senior.

The IFC oversees 26 UT-affiliated fraternities, 11 of which have been sanctioned for hazing in the past three years, according to data from the Office of the Dean of Students.

“Last fall, almost every chapter in some shape or form was serving liquor at some of their events,” Driscoll said. “This has been a very significant change very quickly. It personifies the acknowledgment within Greek life that we’re trying to constantly improve our community.”