In re-election bid, Democrat Gina Hinojosa urges students to make it to the polls 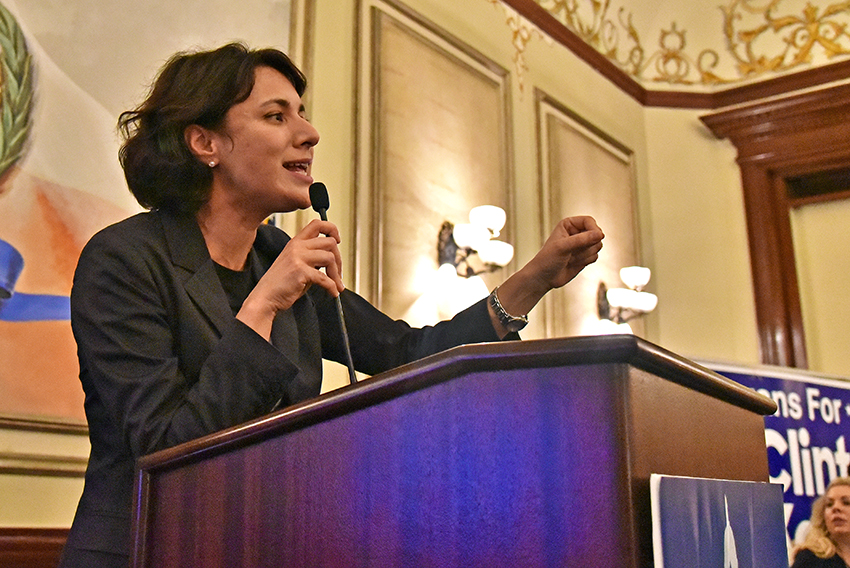 Editor’s note: This is one of a series of profiles on the race for House District 49.

During her “freshman year” as the state representative for House District 49, Democrat Gina Hinojosa said she was able to get a lot of work done. Now running for her second term, Hinojosa said she has been actively committed to increasing voter participation, especially among students.

“I’m hustling,” Hinojosa said. “It’s to get re-elected myself, yes, but it’s also to change the direction this country is going in. And the only way that’s ever going to happen is if people vote.”

Hinojosa’s jurisdiction includes UT, and she said she has been working with TX Votes, a nonpartisan organization, to pass a bill next session requiring every college with more than 10,000 students to have a polling place on campus. Hinojosa helped make the University’s second polling site a reality earlier this semester.

“We know how important it is for students at UT to have easy access to vote, especially given transportation challenges for many students,” Hinojosa said. “They should be able to access their polls.”

Both public and higher education issues are focal points of her platform, Hinojosa said. She said she is focusing on efforts to bring living-wage jobs to Texas, in order for more residents to afford education expenses for their children.

“It used to be that the majority of our country was middle class and part of that promise was to pay your bills and pay for your kid’s college,” Hinojosa said. “Now that’s less of a reality for too many. More living-wage jobs … means people can work and live a life of dignity.”

Hinojosa has also spoken out against campus carry. She said she will be working on stopping the push for permitless carry during the next legislative session.

“It is hard work to push a commonsense gun safety strategy for the state,” Hinojosa said. “But it’s important, and I think we’re making traction.”

Voter turnout could drastically change the election’s outcome, with statewide races potentially won or lost by “razor-thin margins,” Hinojosa said. She has been block-walking every weekend and encouraging voters to make it to the polls as part of her campaign to energize voters.

“The way we make change is (by) empowering people,” Hinojosa said. “To empower UT students, to give them a larger voice at the Capitol and a larger voice in our democracy … I support that.”