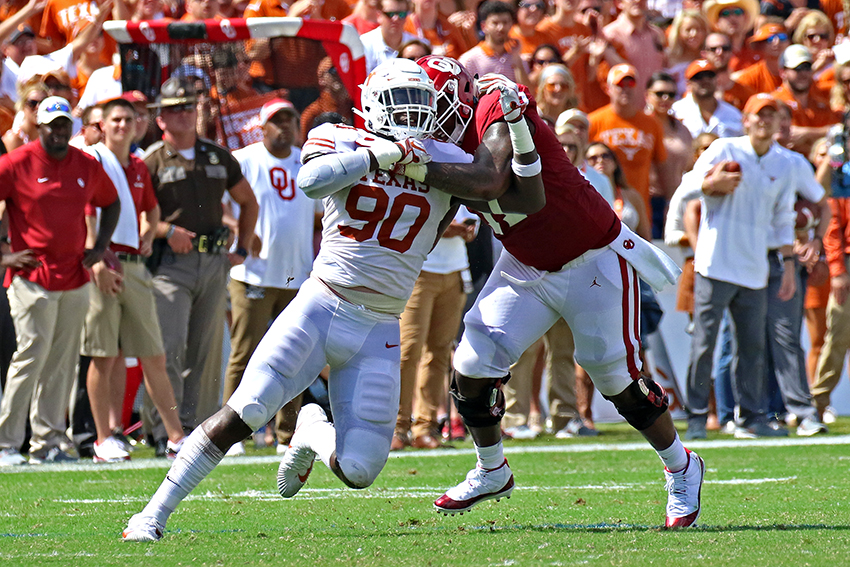 The dates for the 2019 Texas football schedule were announced Thursday, per Texas Athletics.

As usual, the Longhorns open their season with three non-conference games before heading into Big 12 play.

The Longhorns won’t be doing a lot of traveling in those nonconference games as they open the season with a home game against Louisiana Tech on Aug. 31 and remain in Austin the next week when the LSU Tigers come to town.

Following the marquee matchup with LSU, Texas will make the three-hour drive to NRG Stadium in Houston, Texas, to take on Rice. Texas currently has a 15-game winning streak over the Owls which dates back to 1995.

Big 12 play kicks off with yet another home game, this time it is the Oklahoma State Cowboys returning to Austin where they last left victoriously in 2017.

The annual Red River Showdown against interstate foe Oklahoma is slated for Oct. 12, in Dallas. Texas will enter the game coming off a 48-45 victory in the latest meeting.

Texas returns home from Dallas to host Kansas the following week, before heading back north to Fort Worth for a meeting with Gary Patterson and the TCU Horned Frogs. This will be the first meeting in Fort Worth for athletic director Chris Del Conte since leaving TCU for the Texas.

Herman will host ageless wonder Bill Snyder and the Kansas State Wildcats in Week 10. Then two road games ensue with meetings in Ames, Iowa, and Waco, Texas, in respective weeks.

The Longhorns close out the 2019 regular season with a home game, the day after Thanksgiving, against Texas Tech.

There is a lot to look forward to on the 2019 slate, and luckily for Longhorns fans, only two of the 12 slated games are outside of a three-hour drive. With the way Texas is playing this season, it’s not far-fetched to say those driving routes will be used quite frequently by fans sporting burnt orange next year.

Here is a list of the Longhorns’ full 2019 schedule: