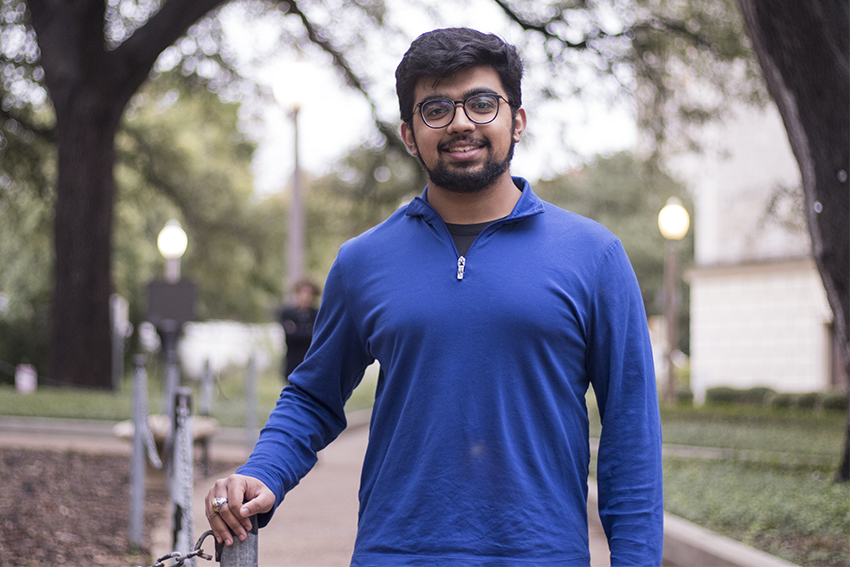 Because halal meat is sometimes hard to find near campus, Maaz Syed used to take friend’s grocery orders when he would go to World Food and Halal Meat Market, his family-owned store on Lamar Boulevard.

Syed, a finance junior, provided a list of prices of the meats available at World Food through a GroupMe, which currently has 65 members. Syed said he created a Google Doc for them to fill out and place their orders. Students are able to pay Syed through Venmo after he notifies them of the total charge — plus a $5 delivery fee — which is paid to the store.

Syed only delivers on Sundays and Wednesdays.

Syed said the service would give Muslim students living on or near campus easier access to halal meats, which is meat that has been slaughtered according to rules under the Islamic faith aimed to make slaughter more humane.

“(The service) is a resource for people who are already struggling with other things like school and getting accustomed,” Syed said. “(I wanted) to have them have easy access to groceries and halal meat, which is something very important in our culture.”

Amna Malik, a management information systems senior, has used the service and said it helps because she usually goes home to Houston to stock up on halal meat.

“I have to plan ahead what I’ll be making because I need to know how much meat to bring, because (I) don’t really have that much freezer space,” Malik said. “It’s more convenient now because I can think the week of what I’m going to make and just order it.”

Easily accessing halal meat on or near campus has been an issue for some Muslim students, such as Maheen Anjum, a health and society junior. Anjum said she lives in South Austin, which is typically a 45-minute drive from World Food, where she gets halal food products. Anjum said she knows of a halal meat store in South Austin that runs of out of meat quickly, unless customers call ahead of time to reserve it.

“There’s a lot of preparation that goes into going to get halal meat, instead of just going to H-E-B and buying meat,” Anjum said.

Syed said he has plans to expand the service farther than the UT campus.

“As of now, we started with UT just because there is a big need, but there is plan to start delivering to other parts of Austin,” Syed said.