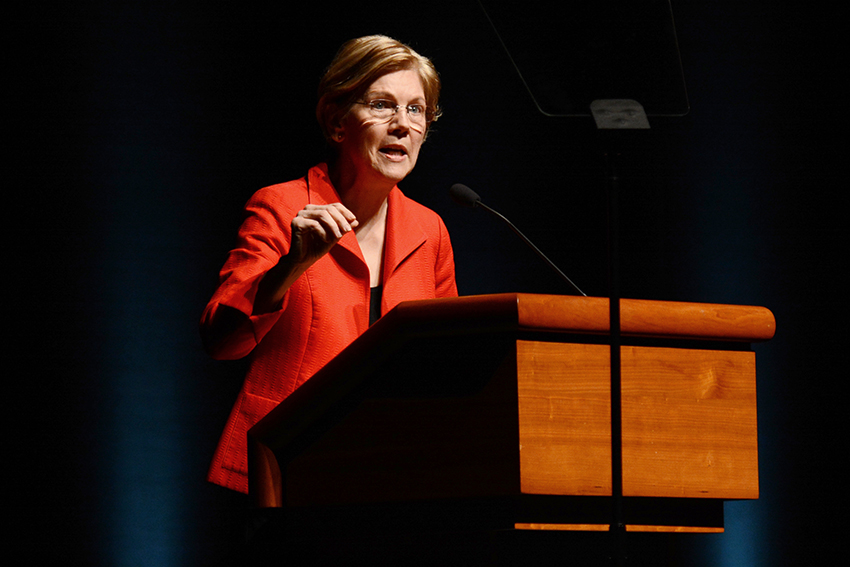 The video gathered professors from the universities Warren has taught at to dispel accusations that she used her Native American descent for professional advancement. Testimonials regarding her hiring at UT came from business law professor Jay Westbrook, former professor Olin Wellborn and law professor Douglas Laycock.

Laycock and Wellborn were part of the hiring committee in 1983 when Warren was being considered for a permanent teaching position. Wellborn recalls there was no mention of her heritage in the hiring process and the first time Warren’s heritage was mentioned in the context of her professional career was in the Association of American Law School’s directory.

“What I understand was that she thought that it would help her meet people who had similar interests in that connection,” Wellborn said. “That was carried forward when she first ran for the Senate against (Scott) Brown in Massachusetts. His people dug this thing up and tried to make something out of it as if she was trying to do an affirmative action move.”

Stemming from the 2012 Senate race against Scott Brown, the issue resurfaced as the midterms approach this year. Despite the political context, Laycock emphasizes that his role in the video was not politically motivated.

“She asked — I said yes,” Laycock said. “I was happy to explain what really happened. I had no goals or illusions about what telling the truth might accomplish.”

Westbrook, who worked with Warren on bankruptcy law research for more than 20 years, said he is bothered by Republican rhetoric against Warren, especially President Donald Trump’s comments against the validity of her Native American identity.

“The short answer is that it makes me really angry, all this nonsense about Pocahontas and so forth,” Westbrook said. “So naturally, as a friend, it makes me mad when the president makes fun of Native Americans in general and of her.”