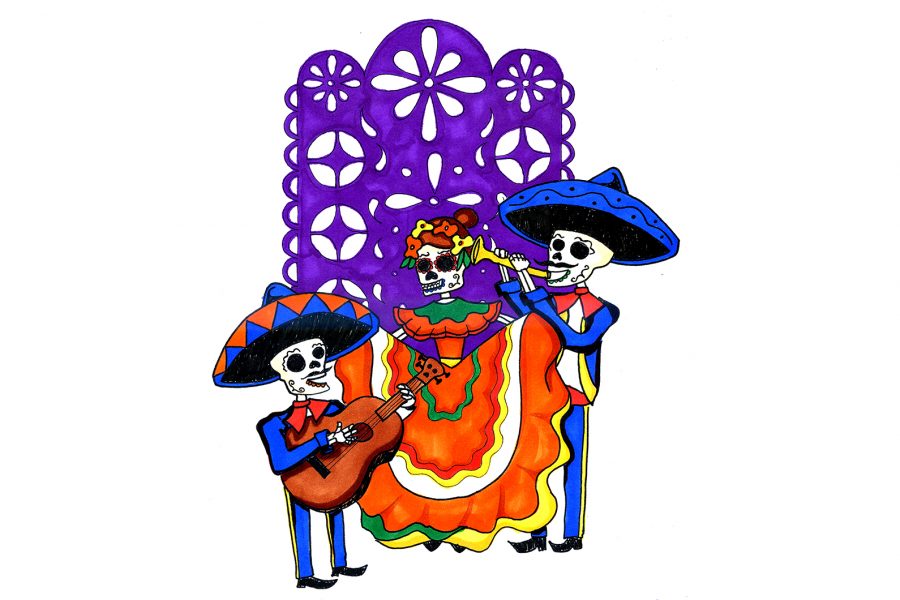 For UT students who hail from Mexico, El Dia de los Muertos is a Mexican holiday that many Hispanics can lose touch with after coming to the United States.

The Mexic-Arte Museum in Austin hopes to fill the void for Latin Americans who are far away from their family and want to celebrate Day of the Dead. The museum will hold its 35th annual Viva La Vida Festival and Parade on Oct. 27.

Rebecca Gomez, the curator of the museum, said this year’s parade will be the largest she has seen in her five years working there. She said there will be massive floats, performers, bands, food trucks, vendors, chihuahuas and a reading from “Coco: Miguel and the Grand Harmony” author Matt de la Peña.

Gomez said the festival is a mix of age-old Mexican traditions like altars and alebrijes as well as an Austin weird station that gives the event an Austin twist.

“In the parade itself we try to have the traditional celebration, but then we have the Austin weird section where you see a more unusual interpretation of Day of the Dead,” Gomez said. “One year we had piñatas on sticks, so they’re traditional, but then we decorate them with crazy decorations like hats and weird hair and things like that.”

Journalism freshman Anysa Hernandez grew up celebrating Day of the Dead with her Hispanic family in San Antonio. She said it will be hard to find a way to celebrate it in college because of her hectic schedule.

“Sometimes you don’t have the time to make everything for (the holiday), there is usually the little altar and the bread and everything,” Hernandez said. “In a place that’s not predominantly Hispanic or Mexican you have to go searching for a place that makes it or make it yourself.”

Hernandez said she would like to attend the festival because it provides a place where she can celebrate family traditions away from home. She said it is also a community where she can be with people who share her culture.

“For me, being here is kind of a culture shock,” Hernandez said. “I’m from a largely Hispanic community and so (living) in this not as Hispanic community is weird. I have to constantly join organizations and go to all these meetings just to be able to find a sense of community.”

Nutrition freshman Isabella Arjona said she used to celebrate Day of the Dead with her family in Mexico, but when she moved to McAllen, Texas it was hard to keep the tradition alive. She said she would consider going to the Viva La Vida festival because she needs a place to celebrate El Dia de los Muertos in the United States, feel at home and honor family traditions.

Gomez said the festival is a place for people to come together whether they have always celebrated Day of the Dead or it is their first time. She said it provides a community for anyone to honor their deceased loved ones.

“You don’t necessarily have to celebrate Day of the Dead,” Gomez said. “It’s just a time to celebrate the lives of people who have passed away, and it’s something that the whole city can come together and celebrate that tradition here in Austin.”