Keys to the game: Oklahoma State 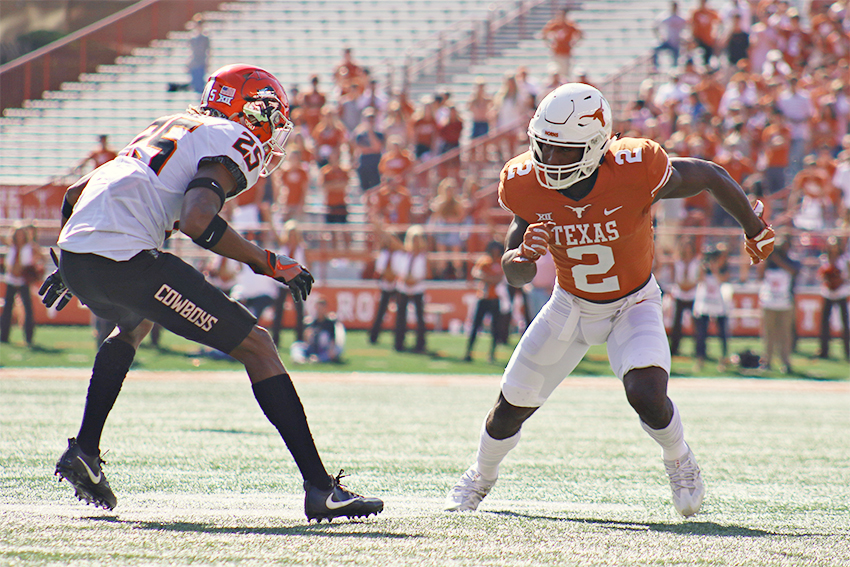 Texas is ranked sixth in the country, and sophomore Sam Ehlinger is recovering from an AC sprain in his shoulder. That’s great news for the Longhorns, who look to continue their dominance over Big 12 teams this season. With five games left before a potential berth in the Big 12 Championship for the first time since 2009, each game is of vital importance and cannot be overlooked. Before Texas looks ahead to a huge matchup against a ranked West Virginia team at home, they first have to get through Oklahoma State on the road.

Here are the keys to the game for Texas:

Monitor the health of Sam Ehlinger

Since Week Two, Ehlinger has been everything Longhorn faithful could have dreamed of. A victory in the Red River Rivalry, six straight wins, and a top ten ranking, all thanks to efficient quarterback play among other factors. However, two weeks ago against Baylor, Ehlinger suffered a shoulder injury, forcing the team to throw Shane Buechele into the fire to pick up the home victory.

The difference in play was clear. The offense struggled to move the ball with Buechele. While Buechele is a competent backup who can come in and win games for the Longhorns, they’ll need Ehlinger completely healthy for the rest of the season if they want to make a splash. Ehlinger is expected to start Saturday barring any setbacks, according to Tom Herman. The Cowboys bring a weak secondary so expect Texas to throw the ball downfield early and often.

Graduate transfer Tre Watson and freshman Keaontay Ingram have combined to form one of the best rushing duos in the Big 12. Against Baylor, Ingram rushed for over 100 yards for the first time in his Texas career while Watson tacked on an additional 41 yards to the team’s rushing total.

The Cowboys defense has been an issue all season, giving up over 290 rushing yards and four rushing touchdowns to Kansas State. With Ehlinger not at 100 percent health, the Longhorns will need to use a very similar blueprint in order to establish tempo and take the burden off of Ehlinger’s shoulder. Literally.

If the team wants to successfully run the ball against Oklahoma State then both Ingram and Watson will need to see an abundance of carries to establish the run game and open up lanes for receivers.

Get after the quarterback

The Longhorn defense gave fans a scare last week when they allowed the Baylor Bears to drive down the field with a few minutes to go and almost score a touchdown as time expired. While the defense has been largely stellar this season, they’ve shown vulnerability early in games.

Way back in Week One, Maryland added points at will in the first half against the Longhorns, scoring on the very first drive of the season and moving effortlessly down the field for 30 minutes. If Oklahoma State is able to score on Texas right out of the gate, that could mean trouble for an offense with an injured quarterback.