Texas capitalizes on Kansas’ mistakes, advances to the Big 12 Semifinals 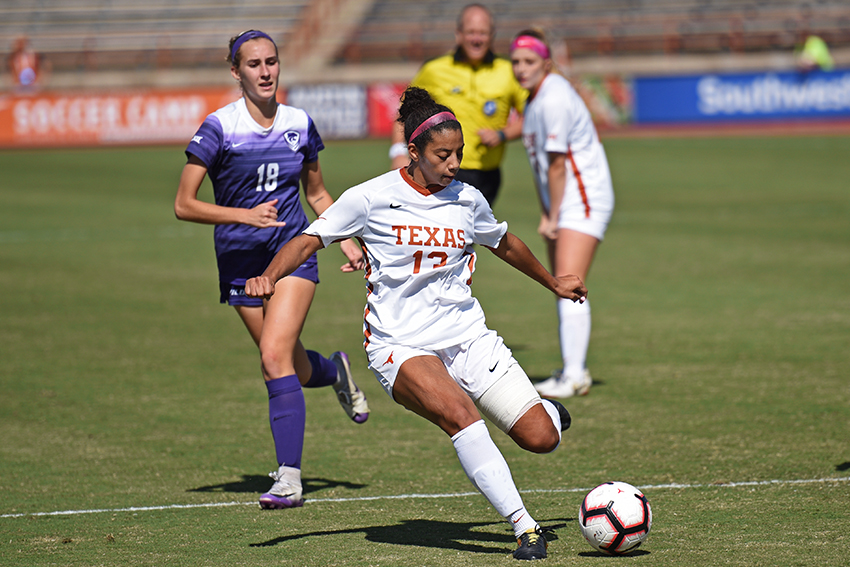 The Texas Longhorns advanced to the Big 12 semifinals after beating Kansas in a penalty kick shootout Sunday night. The game, which was scoreless until the shootout, ended after four rounds of penalty kicks before Texas nailed the game as winner.

By the end of the 110 minutes of play, it no longer mattered who was the better team. Instead, it lied in which team made a mistake first.

Statistically, Kansas outshot the Longhorns 22-16. The second half saw 14 shots by Kansas, while Texas only had nine. However, the game resembled a pinball machine, constantly going back-and-forth.

Mistakes mattered, and Kansas made more of them.

The Jayhawks’ first mistake came with a goalkeeper substitution. Kansas’ freshman goalkeeper Sarah Peters came in with eight season shutouts, while Texas’ goalkeeper Nicole Curry came in with seven. During the game, Peters had four saves matched with Curry’s five.

Yet, possibly due to her lack of experience, Peters was subbed out for senior Lauren Breshears before the shootout. With her in the goal, the Longhorns were able to tally three goals and win the match.

It was this mistake by Kansas that helped catapult the Longhorns out of the quarterfinals and into the semis.

During the shootout, Kansas threw away one of their shots, missing the goal far to the left. Curry had two spectacular saves. And then there was Texas forward Cyera Hintzen, the current Big 12 leader in goals, assists and points.

Hintzen, whose birthday was Sunday, put the nail in Kansas’ coffin with a ground ball just off center.

“Things are always different during tournament time,” Kelly said. “It’s not a great way to lose a game, but it’s an exciting way to finish, and I’m just really pleased we are advancing.” Now, the Longhorns have a week to recover from the match. They play West Virginia on Friday at 7 p.m.. The Longhorns lost to the Mountaineers earlier in the season 2-1.