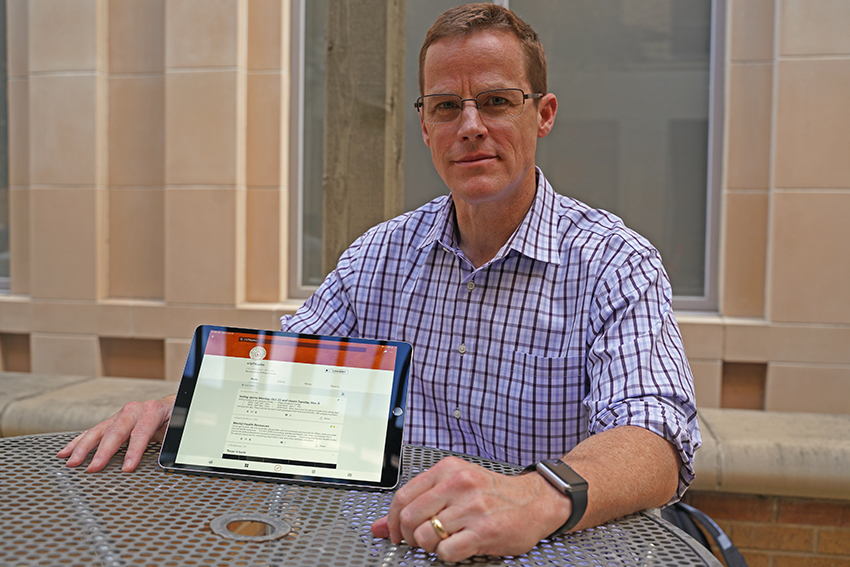 Look beyond UT’s more than 1,100 on-campus organizations and you’ll find the UT-Austin Reddit subreddit: an online forum that can serve as a platform to anonymously discuss student life — including the hardships.

With over 17,000 subscribers, r/UTAustin is viewed by students as a source for support and resources. A quick scroll reveals students seeking guidance in the face of loneliness, academic stress and depression.

Unspecified business sophomore Sarah Johnson turned to Reddit after experiencing difficulties finding a support group at UT. In her post, Johnson expressed dismay with barriers to friendship she encountered despite being a generally outgoing person.

“It was difficult to make friends since I live off campus,” Johnson said. “That means it’s harder to participate in organizations and stick around for events.”

Upon seeking help, Johnson found comfort in the responses she received from other UT subreddit subscribers.

“Reddit is a community of outliers, so users are generally having similar issues,” Johnson said. “There’s a community of people that are like you and can guide you, and sometimes you just need to vent and get (your struggles) out there to feel better.”

The recurrence of stories similar to Johnson’s has prompted some users to offer ongoing guidance to distressed students. Economics senior Charles Wood said he felt compelled to offer support by channeling his own adversities at UT.

“I wanted students to know that if they’re having trouble, they could reach out,” Wood said. “I have empathy for people having a hard time because I’ve been in the exact
same position.”

Wood said he endured a miserable journey through UT’s computer science program beginning in 1988 due to the difficult transition from high school to college.

“I barely made it through the computer science program and graduated with a 2.0 GPA,” Wood said. “The whole experience was incredibly stressful and depressing.”

Wood said one of his college friends committed suicide because of the pressures he faced as a young student.

Twenty-two years later, Wood said he is glad the UT-Austin Reddit community exists as a low-barrier, helpful platform to connect with other people. “I just want to convey the simple idea that everything will be okay,” Wood said.

Raven Wilson, psychology junior and peer educator at the Counseling and Mental Health Center, explained that venting on social media is motivated by the comfort of anonymity and functions as a form of therapeutic action.

“When someone vents on a platform like Reddit, there is a perceived audience in mind,” Wilson said. “Some psychologists call it an imaginary interested party, or a mass audience. People envision someone … would understand them. It’s reassuring to know someone who doesn’t have personal stock in your life is there and willing to listen.”

While Wilson warned that venting on community platforms can result in an echo chamber where members reinforce each other’s bad habits, users such as Johnson stand behind Reddit’s benefits.

“Support is support, and I don’t think it matters where it comes from,” Johnson said. “A reply can change someone’s life. There’s power in knowing that you’re not alone. The power of community is really helpful.”