One small step can help students with eating disorders 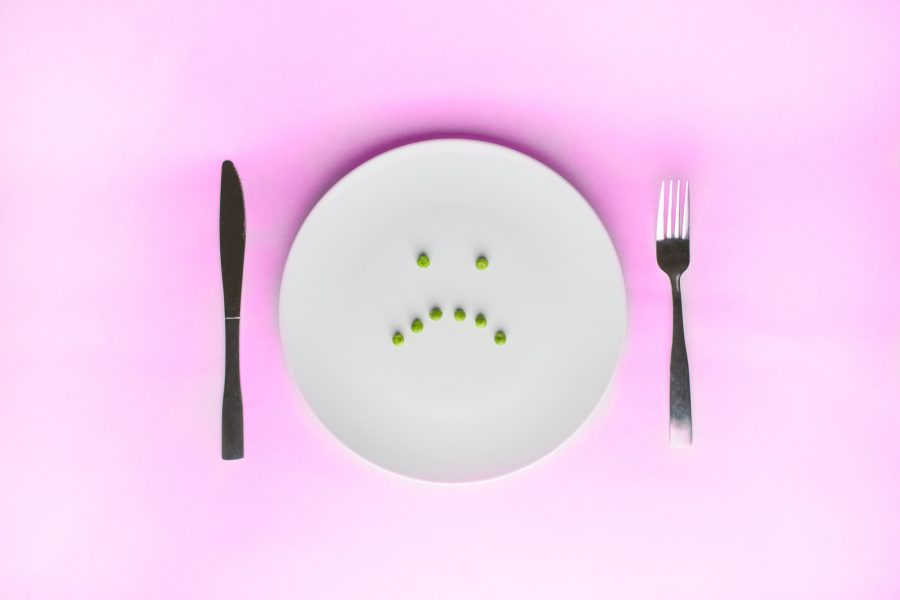 A day of boating on the lake is relaxing for most people, but for special education sophomore Daniella Bletnitsky it caused an out-of-control panic. All she could think about was how she was away from the mainland and away from access to food even though the boat was fully stocked with food.

Bletnitsky is one of many UT students who has an eating disorder and one of the few who have reached out for help. Only 1.2 percent of UT students have disclosed that an eating disorder affects their academic lives. However, research by the National Eating Disorders Association, or NEDA, shows rates in college campuses are much higher, ranging from 10-30 percent.

Bletnitsky has been binge eating since she was 12, but only got diagnosed a couple of months ago. Being open about her disorder has helped others open up about their disorders to her, but she noticed people very rarely seek treatment.

Sara Weber, the former director of the Mindful Eating Program, said that besides the shame and isolation students with eating disorders go through, normalization of unhealthy eating habits makes it even worse for students to identify their issues. Now, Weber is a counselor and director of Discovery Counseling, a therapy program she founded.

“A lot of my students come to me over the years and say, ‘I’m pretty sure I have a problem, but I see everybody else eating this way,’” Weber said. “They didn’t really know if it’s bad enough. There’s still this myth that unless you’re a skeleton, you don’t have an eating disorder.”

According to Weber, the outreach for students is going downhill. When she was the director of the Mindful Eating Program, she would get frustrated because of constant cutting and the inability to employ simple outreach efforts for incoming students.

The University makes alcohol and sexual assault modules mandatory during freshman orientation. Modules and quizzes, such as a NEDA screening quiz linked on the Mindful Eating Program website, are nonthreatening and fast modes of helping and educating students. Eating disorder modules should be mandatory for incoming students.

“I don’t think it takes a whole lot,” Weber said. “At least (give) people things to think about, so they’re thinking, ‘Oh my relationship with food could use more work,’ or ‘My feeling about my body — I don’t want this to get out of hand.”

Furthermore, Bletnitsky said meeting others with eating disorders in group therapy was extremely helpful for her. Students need to be assured that they are not alone in their struggle, and that eating disorders are common and come at varying degrees.

“If we have the chance to help people early in their struggle and intervene early, we’d have way more success in treating them,” Weber said.

Creating modules is a simple solution to a greater problem. Knowing what it really means to have issues with food can be lifesaving for students, and it is better to prevent an issue than have to learn to beat it later. Eating disorders are an issue that need attention and solutions on this campus.

Emerson is a journalism and radio-television-film sophomore from San Antonio.