This November, it’s Ted Cruz or us 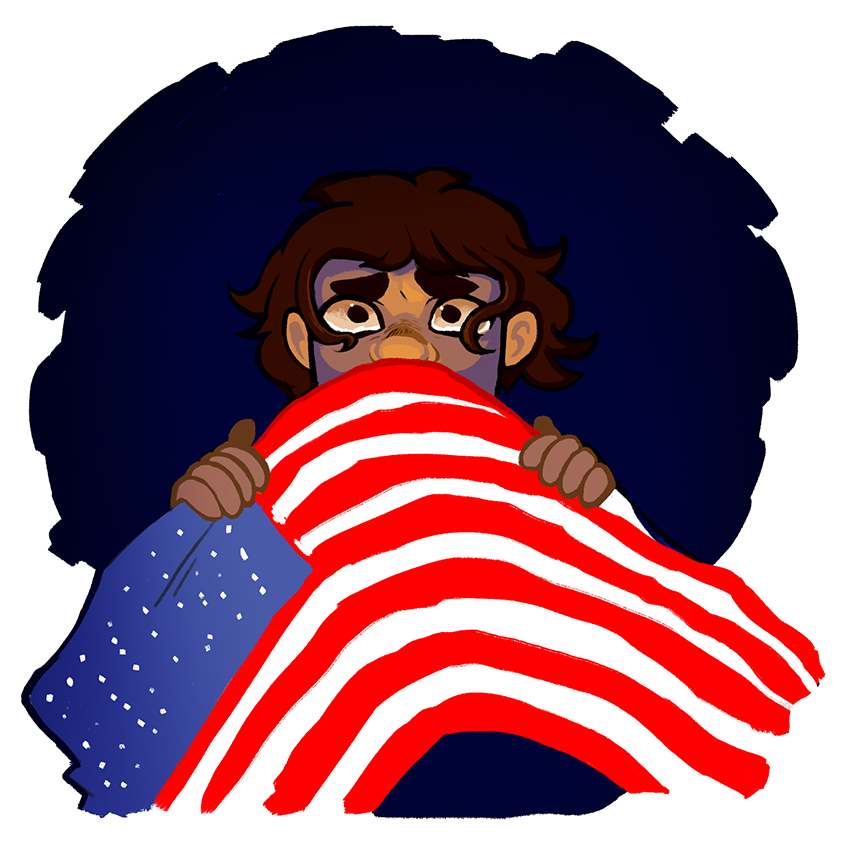 We have all heard the narrative: Illegal immigrants are coming into the United States bringing crime and drugs and stealing jobs. They are parasites here to live off of and threaten the security of Americans everywhere. This is the distorted reality Republican U.S. Sen. Ted Cruz and similar conservative policymakers have strategically constructed. It is an attempt to justify his support for the mass deportation of the roughly 11 million undocumented immigrants living in the U.S., according to the U.S. Census Bureau, and the 1.68 million that live in Texas alone. Cruz’s stance on immigration policy is one of the center points of his campaign. But, in reality, Cruz, President Donald Trump and many Republican office holders are giving opinions and formulating policies on an issue they don’t understand.

The undocumented immigrant has been criminalized, discriminated against and used as a token in political rhetoric and as economic currency — disposable labor for the consumption of others. As a result, when Americans picture an undocumented immigrant, they picture an agricultural worker in a field or a maintenance worker who doesn’t speak English. Americans picture people that could presumably be seen once and immediately singled out as undocumented.

For this reason, people are surprised when I tell them I am undocumented and have had to live under this label since I was three years old.

My entire family had to migrate to the U.S. from Guanajuato, Mexico, 16 years ago. Where I’m from, we don’t get the opportunity of higher education, access to health care, comfortable housing and most importantly, a reasonable promise that we won’t get shot when we walk out our door. Violence, drugs, imperialistic subjugation, poverty and lack of education are the realities of my country.

“No one uproots their entire lives, risks their future and leaves behind their home ‘just because,’” said Jessica Chavez, a Mexican-American and Latina/o studies sophomore on DACA who migrated to the U.S. from Hidalgo, Mexico, when she was five. “My mom hasn’t seen her mother in 15 years … but they wanted me to have the opportunities that they didn’t. I know that for them, migration wasn’t a choice to be made but rather a sacrifice.”

Contrary to what Republicans think, no one prefers illegally coming to the U.S. Immigrants wouldn’t risk their lives crossing the Sonoran desert or swimming across the Rio Grande if it was easy to submit an application for a visa, stand in line and be accepted into American society. That line doesn’t exist. Waiting for a visa of any kind for legal entry into the U.S. can take years. When migration means survival, that time frame is too long to ask people to wait for a visa that may never come.

“If I were to be deported, it’d be like starting all over again, except harder,” said Yazael Ponce, a health and society junior who migrated from Querétaro, Mexico, when he was four years old. “I’d have to figure out how (everything) works over there. The truth is, we help this society keep running and progressing, but those credits aren’t documented the same.”

“It is rarely about the future that would await me, but rather about the people, the life, the things I’ve worked hard to accomplish and would have to say goodbye to,” said Vanessa Rodriguez, a government junior who migrated to the U.S. from Tlaxcala, Mexico, 14 years ago.

Republican politicians and voters don’t see undocumented immigrants as people whose lives are being uprooted — their education, jobs, children and free will. They don’t see undocumented immigrants as people who are being hunted down, detained, separated from their family and physically made to return to a country they would rather risk their life than stay in. If Republican politicians and voters saw undocumented immigrants differently, then immigration would stop being a partisan issue and become a question of human rights. To be seen as disposable, referred to as an alien and displaced en masse, is to be seen as below human.

We don’t have the right to vote, to wait or ignore the outcome of elections. We have virtually no say over who fills the seat for Texas’ next senator in Congress or the many seats filled by Republican bureaucrats, but you do. You directly choose what is right and what is wrong with your vote. Voting for Sen. Ted Cruz, and candidates that share his views on immigration policy, could mean that an entire population would disappear from campus, from Texas and from this country.

Badillo is a sociology and psychology junior from Guanajuato, Mexico.