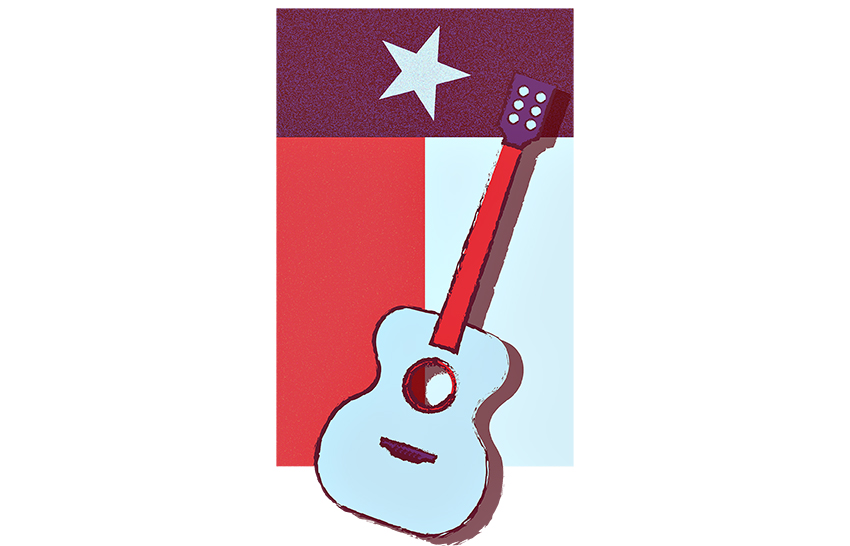 “Austin, Texas: Live Music Capital of the World” — this phrase is on Austin’s website, at the airport and around the city. For many, Austin is a concertgoer’s paradise, but what’s the experience for artists who make the music?

For emerging musicians, Austin is a city that rests on its laurels when it comes to live music. Due to a crowded music scene and a shift in the city’s culture post-1970, many musicians are looking beyond Austin to play original work.

The gritty music scene that gave Austin its reputation as a live music hub is a thing of the past, said Noah Simon, a music composition and Plan II sophomore.

“People associate Austin with Willie Nelson and 60s garage bands,” Simon said. “Those things have been eaten up by bigger things with more money.”

Simon says this loss is a result of a changing culture in the city.

“People move here with their families to work at tech companies, so it’s a different place than when Austin picked up that nickname,” Simon said.

However, for some genres the change is good. As a music composition major, Simon is part of the vibrant classical music scene.

Genre is a key factor for many Austin musicians.

For McCormick, the city is still full of talented and readily available musicians, but Austin’s current musical climate limits the way these musicians can use their talent.

“If you need a drummer (or) guitar player, it’s easy to find someone to gig with,” McCormick said. “There’s a well-connected creative community in Austin, but when it comes to playing to a crowd, Austin is a lot less receptive to the bluegrass genre.”

Three Quarter Moon doesn’t see Austin as a place for a future in music. Austin may be a city full of musicians, but it’s not a musician’s city.

Dan Johnson is a professional musician who plays independently and with his group Dan Johnson and the Salt Cedar Rebels. He agrees with Simon and McCormick’s thoughts on Austin.

“There’s been a lot of talk of taking that title away, because it’s just different now,” Johnson said.

For Johnson, the very crowds the “Live Music Capital of the World” title aims to draw in have eclipsed Austin’s live music heyday.

“People want to go into a bar and hear music they know and can sing along to,” Johnson said. “Bars want to make money, so they’ll have a DJ or a cover band, but there’s a lot less original acts playing live.”

Although the shift is striking in Austin because of its rich live music history, Johnson said it’s a widespread change. These days, bands look to the Internet more than bars to hit it big.

“If people want to seek something new out, they look to YouTube,” Johnson said. “They don’t have the patience to wait to hear something they like. That’s what’s killing original performance.”