‘We’ll play them in the parking lot’: Longhorns look to bounce back versus West Virginia 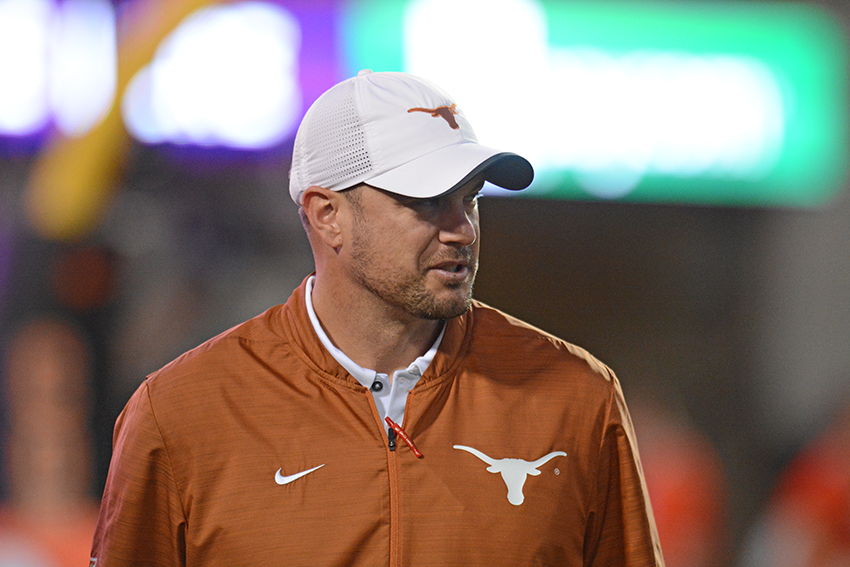 Last season during this time, the Longhorns were looking at each of their final four games as must-win scenarios in order to reach bowl eligibility. The scenarios are the same this time around, but the stakes are much different.

At 6–2, Texas controls its destiny the rest of the season. Picking up wins over the final stretch of the season will secure a spot for Texas in the Big 12 Championship game in December, but before fans can book their hotels in Dallas, the Longhorns must overcome one of its most difficult tests this season — West Virginia.

“I think our guys are so dialed in we’ll play them (WVU) in the parking lot,” Texas head coach Tom Herman said after practice Thursday. “We’ll play them in front of nobody. We’ll play them regardless of their record because, at the end of the day, they realize it’s about us and our preparation and our ability to go execute the game plan with a supreme amount of confidence and technical ability.”

The Longhorns’ greatest struggle last season was their inability to close out games, losing four matchups in the fourth quarter and overtime after leading previously. The late-game heartbreaks became a Sunday morning headline just waiting to happen.

As a result, Herman began placing an added emphasis on how important it was for the Longhorns to finish football games. Going into Week 10, Herman is sticking to the message that has propelled Texas to this point.

“One of our mantras the entire offseason had been to finish,” Herman said. “We’re basically in the fourth quarter of this season, and we plan on attacking that as such.”

It’s been five seasons since Texas found itself in position to win the conference at this point during the season. Still, the Longhorns are choosing to live and die by the 1–0 motto that Herman has plastered across the locker room.

“You know what the big picture is, but do you speak on it? No, because again, we’re still on the mantra of ‘One day at a time,’” senior defensive end Charles Omenihu said. “Now looking ahead, we have West Virginia, so that’s what our mindset and our thought process is on.”

West Virginia enters Saturday’s game in Austin with the 15th ranked offense in the country. It’s led by quarterback Will Grier, who began this season as a top Heisman candidate and still remains one of the top passers in the nation.

Just as the Longhorns have done in other ranked games against USC, TCU and Oklahoma, they’ll need to have a stellar performance to beat the No. 13 Mountaineers.

“I think we’re a team that’s still learning,” quarterback Sam Ehlinger said. “We’re continuing to get better and understanding that we control our success. When we play to our standards and we prepare like we should, it’s really hard to stop us.”