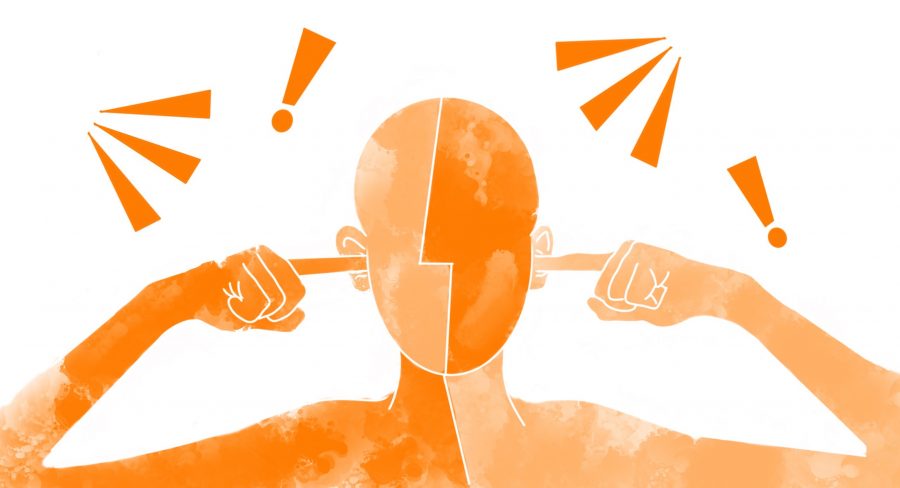 Years after the passage of the Campus Carry law, the Gun Free UT signs have been a reminder that the debate about guns on campus is not over. But as of September, the orange signs have taken on a new significance: resistance to censorship.

Regardless of what the signs read, professors and faculty have the constitutional right to hang signs in their office windows as a means of protest. It is a small yet effective way for them to use their platform. According to the administration, however, political expression should not be up for display. The controversy officially began when President Fenves gave the directive to chairs, who then told faculty all window signs must come down by Sept. 7. He gave no clear reason, leaving many to ask: Why, after two years, must the signs come down?

The directive to remove the signs was not entirely unanticipated by faculty involved in the Gun Free UT community. Signs were initially removed from at least one English department office without notifying the inhabitant in May 2016.

When English department staff followed up, they were told this was a temporary measure in which all signs on outward-facing windows were being removed for graduation. In protest, more faculty across the University posted signs in their windows over the subsequent year.

Maurie McInnis, executive vice president and provost, first requested the signs be removed in fall 2016, citing a complaint by a UT staff member. She did this at a meeting with a small group of Gun Free UT participants, UT legal staff and a representative from the President’s office. In fall 2018, department chairs were told verbally, but not in writing, that if the signs were not taken down voluntarily, they would be removed by order of the President’s office. Fenves and the UT administration eventually walked back this request, possibly because they have no legal grounds to forcibly remove signs.

Fenves addressed the issue at the most recent Faculty Council meeting and called for the creation of a task force to investigate the issue of free speech.

No new information has been released regarding the task force.

As for why this is happening now, theories have been proposed that pressure from a wealthy donor or even the potential for budget cuts from the Texas Legislature have forced Fenves to act against the signs. In reality, we will never know the reason Fenves has attempted to ban them. What matters is that the signs stay up. Everyone at UT has the right to use their windows to advocate for what they care about — no matter the issue. And at a world class research university, especially one that sits in the capitol of Texas, critical thought should be encouraged, not silenced.

If we accept the administration’s attempt at censorship, we are telling students they should take the world as it is and not try to make it what they think it should be.

To confront this issue, a resolution has been proposed in Senate and Student Government that calls on the administration to adopt a free speech policy that protects the freedom of expression of all University staff, including their right to post outward facing signs in their windows. The resolution also requests a student representative be included on the free speech task force Fenves is planning to make. As tuition-payers, students have a unique ability to hold the administration accountable. Using our official representatives is the first step, but a resolution is only as valuable as what results from it. For that reason, the resolution asks the administration to respond with a policy change by the end of the semester. If the administration fails to respond, students will know their concerns were not taken seriously and that the issue calls for a new approach.

While posting a sign in your window may seem like a small gesture, the fact the administration wants the signs taken down shows how much power they have. You don’t have to support Gun Free UT to be alarmed at the threat to freedom of expression. The next cause the administration chooses to silence could be yours.

Horstman is an economics senior.  O’Hanlon is a humanities senior.