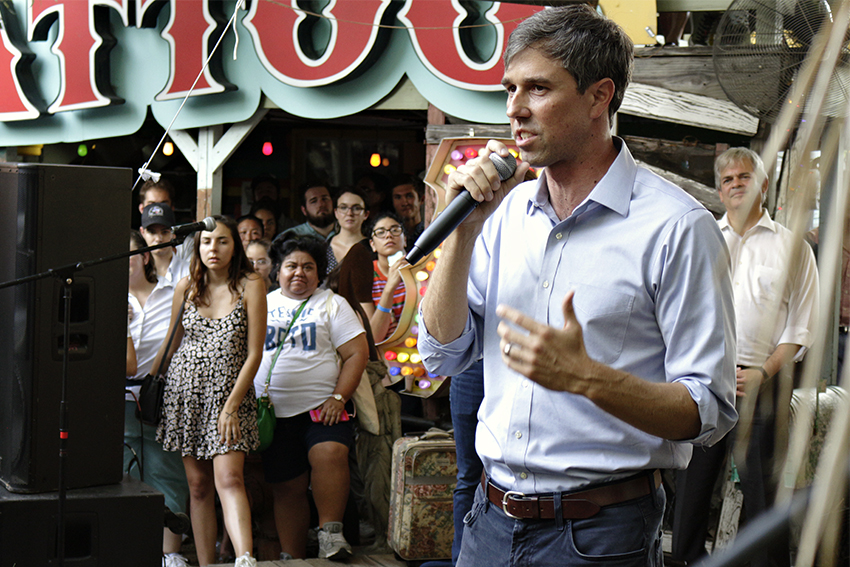 Individuals associated with the UT System and its 14 institutions have donated more to Democratic Senate candidate Beto O’Rourke’s campaign than any other organization-affiliated individuals, according to the Federal Election Commission.

The FEC requires campaigns to disclose their donors’ names, occupations, employers and ZIP codes. Individuals who listed the UT System as their employer have contributed $365,312 to O’Rourke’s campaign, according to the FEC website.

“I’m grateful to UT and the student body, the faculty and everybody who makes it one of the greatest universities in the world,” O’Rourke said. “(I hope) to come back to UT, not as a candidate, but as a senator. Not at a campaign rally, but at a town hall where I can be held accountable by those that I serve and represent.”

“He cares about the things that I care about,” Allison said. “This includes environmental protection, equal rights for women and all ethnic groups, seeking to limit the power of corporations over the lives of consumers and employees, and trying to end the fear and hate that has gripped this country.”

Some students donated smaller amounts, such as Kris Maxymillian, business honors and Plan II freshman, who said she contributed $10 to the O’Rourke campaign.

“I believe that my money did help toward his campaign,” Maxymillian said in an email. “I believe that it helped because he is running his entire campaign on small donations like mine. Of course, one person could donate $1,000, but when thousands of people are donating $10, it adds up quickly.”

The FEC does not require donations under $200 to have the donor’s employer or occupation. This makes it hard to keep track of student donations, as most of them are smaller, said Joshua Blank, manager of polling and research at UT’s Texas Politics Project.

However, the nonprofit technology organization ActBlue, which allows Democrats, progressive groups and nonprofits to raise money, records donor information for small donations on the FEC website. Almost 2,000 students attending UT System institutions have donated through ActBlue, according to the FEC website.

“To the cynics who told us we were making a mistake by spending so much time with young people at UT, or UTSA, or any of the institutions of higher learning, that’s where the leadership is right now,” O’Rourke said. “That’s where the contributions that have literally fueled and driven and run this campaign have come from.”