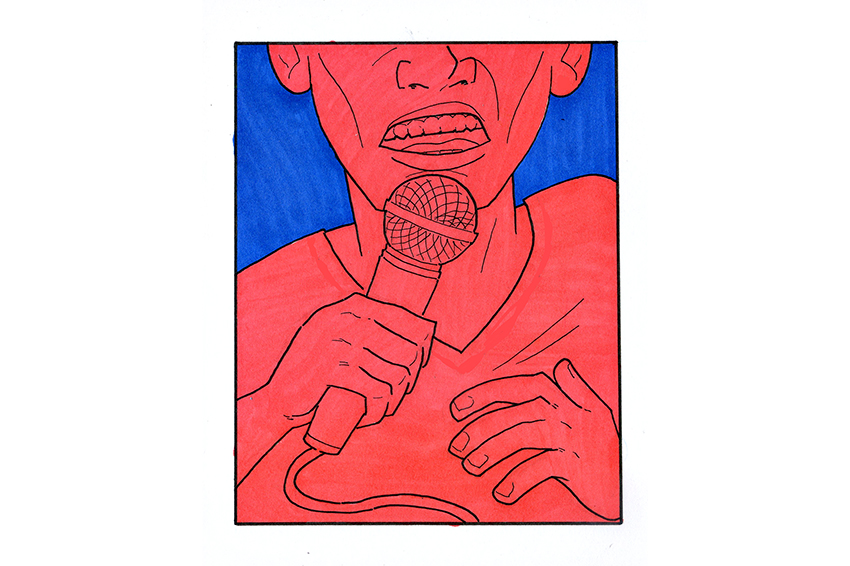 News stories about violent attacks that have largely stemmed from differences in political beliefs are common. Political vitriol against the ‘other side’ has real world implications and influences people’s beliefs, UT researchers and students said.

William Swann, professor of social and personality psychology, said people who consistently follow the news and listen to politicians speak might be influenced by the ‘mere exposure effect,’ a psychological phenomenon that causes people to become more receptive to ideas they are repeatedly exposed to.

Swann said that President Donald Trump’s frequent attacks on his political opponents and the media might be a contributor to this phenomena.

“Politicians have always peddled their own narrative to their base, but I have not witnessed any president attack the media so openly, persistently and aggressively,” Swann said.

When asked why politicians constantly bring up a theme in their messaging, such as “build the wall” or “medicare for all,” Swann said there is a direct correlation between the frequency and the popularity of the stance, as the mere exposure effect will cause people to like the idea more.

Swann added that when people see politicians as authority figures, they are more inclined to accept an idea as true.

“Anything that bolsters a communicator’s credibility will increase its persuasiveness,” said Swann.

He said that this is why politicians attempt to present themselves as knowledgeable and honest, and this leads to them developing cult-like followings. Hate speech from politicians can increase partisanship and cause radicalization, Swann added.

A person’s violent actions can stem from hyper-partisanship due to a psychological concept called identity fusion, in which people’s actions are determined by a group’s identity, Swann said.

“It is common for people who are deeply aligned, or ‘fused with’ a group, such as a political party, to engage in extreme behaviors,” he said.

Zachary Dorf, computer science sophomore, said he was proud to cast his vote for U.S. Senate candidate Beto O’Rourke and felt engaged by his platform, due in part to O’Rourke’s persuasive ability.

“He’s a down-to-earth candidate and that’s why his ideas resonate so much with people,” Dorf said.

Dorf added that O’Rourke’s on-point messaging also led him to become more receptive to some of his ideas, in a way that is consistent with the mere-exposure effect.

“I wasn’t always a fan of universal healthcare, but when Beto kept talking about it, I researched it and it started making more sense to me,” Dorf said. “Now it’s one of the main reasons I support Beto.”

Mathematics sophomore Jonathan Lee said he cast his vote for Ted Cruz, a Republican who was re-elected to the U.S. Senate this week. He added that he believes in a small government and supports Cruz’s hard stance on illegal immigration.

“I think it’s important to not let politics define your identity,” Lee said. “Even though I don’t agree with my friends on some issues, I don’t punch them in the face.”

He also disagrees strongly with Trump’s use of inflammatory language in his rallies.

“He shouldn’t be encouraging people to get violent,” he said. “He can make the argument that what he says a joke, but some people take his words very seriously, and we’re seeing that in the news.”