Keys to the game: Texas defense faces yet another test 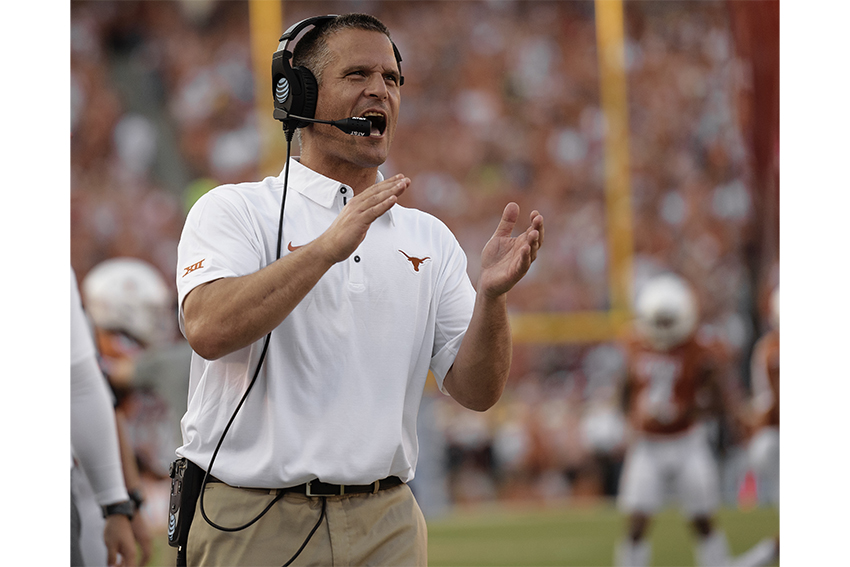 While the Big 12 Championship may be just out of reach for Texas, the team still has plenty to play for. The Longhorns sit at a 6–3 record and are guaranteed a bowl game. But the quality of the bowl, in addition to several important games coming up on the schedule, are still to be determined. After losing at home to Texas Tech last year on a costly turnover from quarterback Sam Ehlinger, the Longhorns have more than just pride to play for this week. Here are your keys to the game:

Improve on the defensive side of the ball

Texas may have lost its last two games by a combined four points, but the defense has played much worse than that statistic would show. After playing well for the first several games of the season, the team has given up a combined 80 points during the last two weeks. That will not cut it if the Longhorns have any hope of making a splash in the Big 12 come season’s end.

The offense has done its job, scoring a combined 76 points the last two weeks. Ehlinger has been slinging it as of late, extending his interception-free streak an additional game after not throwing a pick since Week One.

If Texas wants to continue to compete with the best teams, both the secondary and the defensive line will have to step up. Will Grier had time to set a table and eat dinner last week, having all day in the pocket on each dropback. That has to change next week with the Longhorns showing signs of weakness during the most important part of the season.

While the West Virginia game was heartbreaking for Texas fans, there were some positives. One of those was continuing development of the running back combo of Tre Watson and  Keaontay Ingram.

While the health of Ingram has been in question at times, he runs hard between the tackles and can bounce to the outside at a moment’s notice. Watson has been electric in his receiving game — that was evident after his long touchdown reception against the Mountaineers.

If both backs can hit the ground running in Lubbock, the passing game will open up and result in a well-oiled offensive machine for the Longhorns.

Last week, receivers Lil’Jordan Humphrey and Devin Duvernay both collected over 100 yards receiving and recorded a touchdown in the process. Meanwhile, Collin Johnson caught four passes for 47 yards. While the team does boast a plethora of different weapons, getting Johnson involved always seems to get the Longhorns over the top.

The 6-foot-6-inch receiver displays an extremely strong frame. Johnson has become one of the best third down options for the Longhorns as he is able to rip passes from the air and out of the hands of shorter cornerbacks in the Big 12. While both Humphrey and Duvernay are talented, they lack the size Johnson boasts.

If Ehlinger is to continue his streak of solid quarterback play, he will need to lean on his biggest weapon. In order to beat Tech’s high-flying offense with a shaky defense, the game could quickly turn into a shootout. After losing in a high-scoring game last weekend, Texas will need to score points in bunches to get back to winning ballgames.