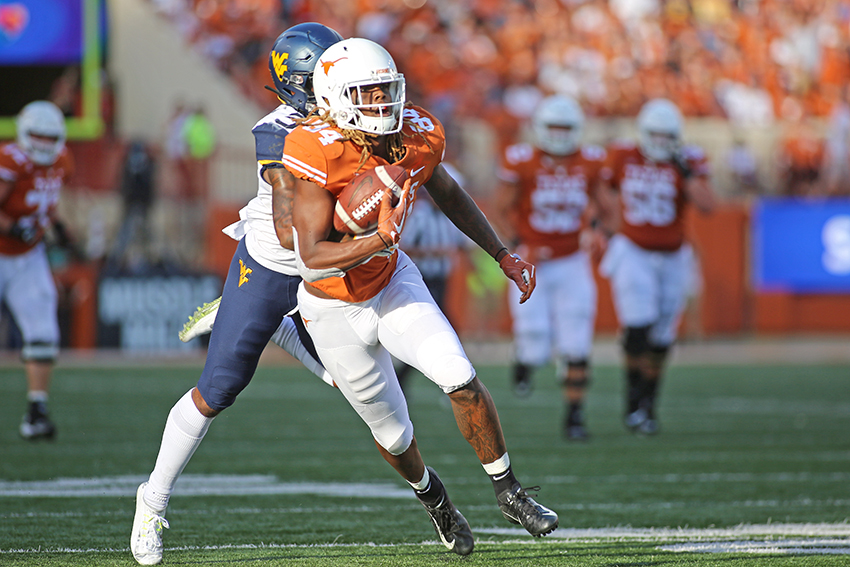 One year truly does make a big difference. Just last year, fans pointed to offensive coordinator Tim Beck as the root cause for Texas’ struggles. Now the blame has shifted to defensive coordinator Todd Orlando after a pair of lackluster defensive performances in which a once-stout unit showed little to no resistance.

Texas Tech is a name that has not sat well with Texas fans recently. Despite dropping six straight meetings from 2009–2014, the Red Raiders have come up victorious in two of the last three matchups with Texas. But the air raid offense is still alive and well in Lubbock, and Texas Tech will be looking to lay the knockout punch on the Longhorns’ Big 12 title hopes.

If Texas wants to keep its season alive, here’s what it’ll have to do:

… it starts strong on defense. Whether it’s quarterback Alan Bowman or Jett Duffey under center for the Red Raiders, both pose a threat to a vulnerable Texas defense. Early scores from Oklahoma State and West Virginia had the Longhorns playing from behind from the get-go, something that Texas has done for a good part of the season. The Longhorns have surrendered opening-drive scores in each of their last four games, and another on the road could pose trouble for them. If the defense can force stops and keep the ball in quarterback Sam Ehlinger’s hands early and often, it could be a nice outing in Lubbock.

… it forces a turnover. The Longhorns haven’t forced a turnover in over 10 quarters of action, dating back to their early October meeting with Baylor. In that span, the Texas defense has allowed 87 points and over 1,000 yards of offense. While Texas’ offensive production has nearly matched this, it hasn’t been enough to stop its opponents from scoring at will. A turnover would not only keep the ball in the hands of the Longhorn offense, but also provide a huge momentum spark on the road. Texas won its last game in Lubbock on a game-ending interception, and more of that can lead to the Longhorns’ fifth consecutive win in the Panhandle.

… it can’t spread the football. Texas has a plethora of targets to go to on the ground and through the air. However, the Longhorns seemed to have trouble finding one of their best playmakers, wide receiver Collin Johnson, until well into the game. This can make Texas’ offense one-dimensional and worst of all, predictable. Mike Gundy and Oklahoma State had their game plan nailed down perfectly and shut down Johnson and the Texas offense until the Cowboys themselves built a sizable lead. Ehlinger missed tight end Andrew Beck breaking free down the seam this past Saturday on several occasions. If Texas can’t spread the ball or find its open receivers, it could spell trouble for the Longhorns.

… gets air raided. Texas knows how much Big 12 teams lean on offense to win games. Head coach Kliff Kingsbury is no stranger to this style of play, having played quarterback for Texas Tech himself. Texas’ defense should come in expecting an offensive onslaught, filled with deep throws and involvement of running backs in the passing game. And while Ehlinger may come in with a chip on his shoulder after two late-game interceptions against the Red Raiders last year, there’s not much he can do if his defense can’t do its job.