To avoid a bad trip, be prepared before trying LSD 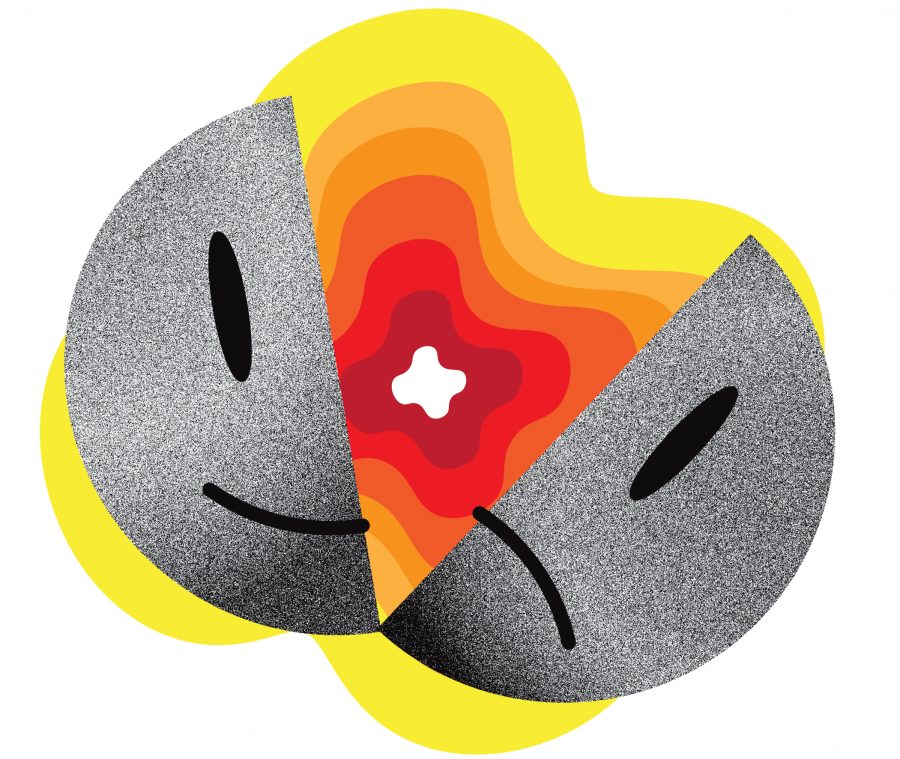 When you imagine someone tripping on drugs, you probably picture a person with a dazed expression staring blankly at pulsing shapes and colors only they can see. What most people don’t consider, however, is the overwhelming emotion and introspection acid droppers are plunged into.

Although LSD, or acid, is not the choice drug for UT students — that title goes to marijuana and alcohol — hallucinogens are the top alternative drug, according to University Health Services. KXAN reported that drug experts have observed an uptick in Central Texas adolescents using synthetic LSD.

Students tend to take LSD to spur their process of self-realization or to have a fun time at parties. In these settings there are many nonusers who may be persuaded to take LSD after hearing about their friends’ profound experiences. LSD is not a casual drug, though, and it should not be passed around as if it is. Curious students need to examine their mental state and take preparatory measures prior to trying LSD.

“LSD is a really personal drug, and everyone reacts differently,” said Mark Smith, an American Studies associate professor specializing in the cultural history of drugs. “A lot of scholars treat it like an intellectual drug, which is why college students are primed to trying it.”

Technically speaking, LSD belongs to the hallucinogen family, a class of drugs known for warping one’s perception and emotions.

According to a radio-television-film junior who wishes to go by Nick, acid trips can function as a journey of self-discovery and put everything in perspective. He likens this feeling to ego death.

“It’s like seeing everything for the first time again,” Nick said. “You really analyze your every thought. I think about what’s influenced my life and, with acid, I was able to make connections between my past and now.”

Nick said that LSD causes people to become introspective and reflective. While his experiences with the drug have been largely positive, he’s admitted to seeing dozens of friends have anxiety attacks while tripping. In particular, LSD can exacerbate negative thoughts in users who have depression, anxiety or who have experienced trauma.

“Everyone always says that after tripping, they were never the same,” Nick said. “If you have things that are heavily affecting your subconscious, they can come out to play.”

This coincides with Smith’s research. He found that an experience with LSD depends on two things: mindset and setting. This doesn’t bode well for students who juggle exorbitant workloads while trying to tame stress and anxiety. Because LSD intensifies our emotions and dredges up ideas central to our being, all students are playing Russian roulette with their mental stability when they take LSD.

Although tripping can be an intense, somewhat scary experience, Smith says that its effects are largely temporary. To avoid being overwhelmed, Nick recommends that if a student is going to take LSD they should always do so with a group of close, supportive friends in a familiar setting — not at a party on a whim. In these controlled environments, users can more easily fend off negative thoughts and remain grounded.

Whether or not you’ve tried LSD before, you have heard about bad trips. For students looking to take LSD while avoiding these nightmarish experiences, self-examination is your best bet. If you still believe that you’re ready to try LSD after critically analyzing your memories and self-image, be cautious and hang around your best friends in your favorite space.

David is a rhetoric and writing sophomore from Allen.