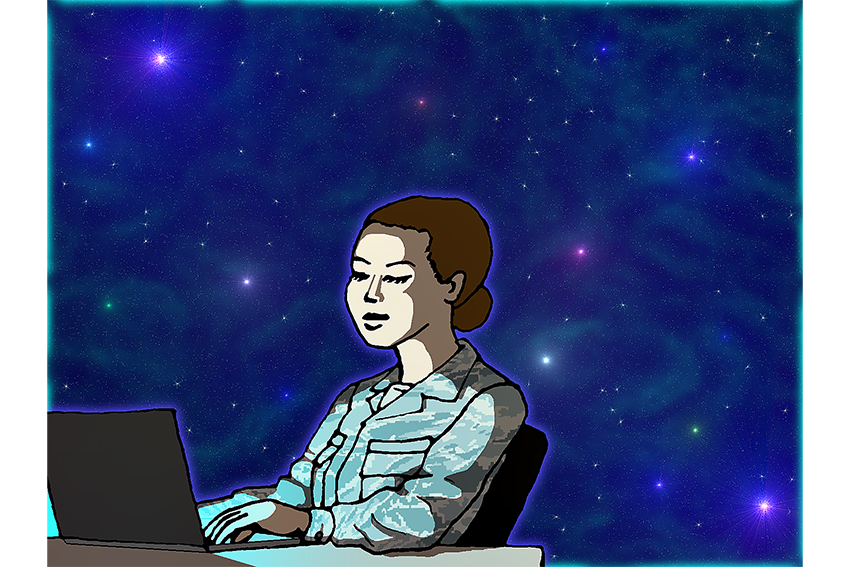 The United States Space Force (USSF), a proposed branch of the U.S. Armed Forces,  will be established in 2020, according to a plan announced by Vice President Mike Pence in August. However, cadets currently participating in UT’s Reserve Officers Training Corps (ROTC) aren’t concerned just yet.

“I haven’t personally looked much into it,” said chemistry senior Vernon Marsh. “Even if I was particularly interested, it would not be something I could do because it doesn’t have a program yet.”

Given these legislative hurdles that the proposed organization must face before official establishment, Marsh said it was no surprise that the program has no immediate plans to develop an ROTC branch. However, he added that it would be interesting to see how progress on legislation impacts the decisions of future cadets.

“Since the announcement, it really has not been much different for me,” Marsh said. “Why? Because I’m about to graduate. If this branch becomes a thing, you may see students in the coming years choose to sign up.”

Communication director for Army Futures Command Patrick Seiber concurred. A Space Force may be exactly what future students are interested in pursuing, but an ROTC program must be set up first, Seiber said.

“All branches of service are represented within university ROTC programs,” Seiber said. “Any time you go into one of these programs you have a wide range of options. Especially if this becomes an option, I encourage interested students to join the ROTC.”

Marsh wanted to correct what he called a common misconception: that fourth-year students join the military immediately after college. As a pre-medical student, Marsh will be attending medical school and residency. He has a long way to go until his personal career plans would be potentially influenced by a proposed Space Force.

“I am planning to be a military surgeon,” he said. “Only (certain) parts of military integrate, and surgeons are one of them. I would work between branches, not within a branch.”

As a result, Marsh and the USSF may end up working together at some point. He did not know what this would entail but was sure it would happen at some point.

“I don’t know exactly what (working together with USSF) would look like,” he said. “But I can tell you it would be a pretty interesting to see.”