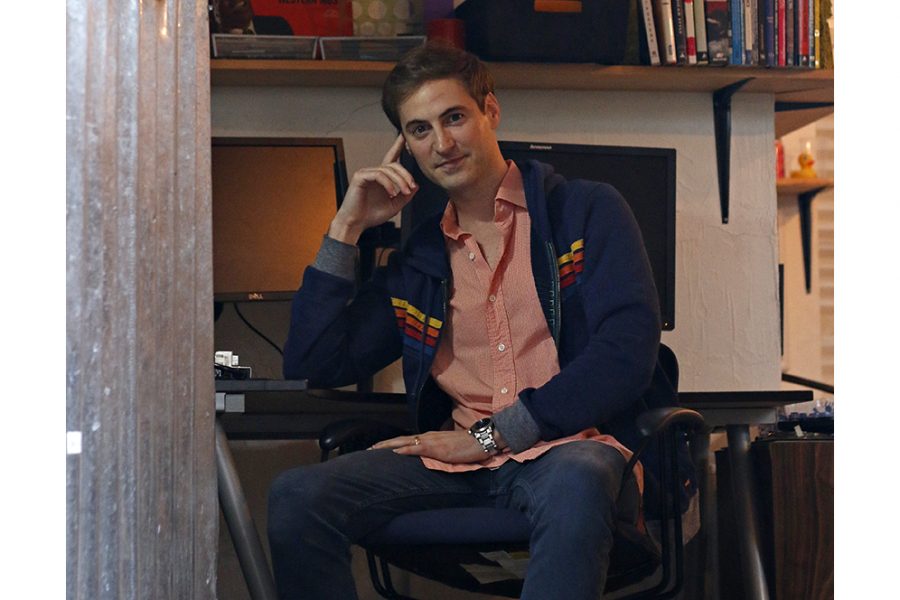 With the volume of new music at an all-time high, song links and artist recommendations permeate group chats and social media posts. Without a central place to share new music, many of these suggestions go unheard.

Members of the Austin community are hoping to change that.

Musx, stylized as musx, is an Austin-based startup which has created a music sharing app with the sole purpose of collecting music recommendations from the most trusted source — friends.

musx co-founder and CEO John Reardon began working on musx in 2014 after realizing there was no platform specifically for sharing music with friends. He said the point of the app is to discover new music through human connection.

“By no means are we anti-algorithm or (anti-)expert curator,” Reardon said. “The third pillar of discovery is your peers, and there’s just no go-to place where that happens.”

Since moving the company’s base from Washington D.C. to Austin in 2015, the app has been part of the Texas Venture Labs Accelerator initiative. The initiative pairs Austin-area startups with a team of innovative UT graduate students. Musx was also featured in the Music Startup Spotlight at SXSW in 2017.

The app has been invite-only since the release of musx v2 in July with no immediate plans of widespread release. Only select Austinites were given an invite code to use the app. Those who want to join can enter a waitlist on the musx website or receive a code from someone already using the app.

Reardon said the app’s current invite-only status is not about creating exclusivity, but rather starting the experience on the right foot.

“This (app) is for sharing music with your friends,” Reardon said. “The way that you get access is by being invited by a friend. It’s to spread (the app) the right way versus just trying to get as many people as possible.”

Reardon said he wants to connect businesses, artists and music fans in the Austin community. One way he intends to achieve this is through featured accounts users can follow on the app.

The featured accounts are carefully chosen and receive their own unique invite code they can share with anyone.

BLK Vinyl, a record store next to the musx space, has a featured account. Co-owner John Brookbank said he uses the store’s account to share unheard gems he discovers with followers.

“When we write a long Instagram story about a long-lost record, sometimes we can attach music to it but we don’t always know if people are actually hitting it to listen to it,” Brookbank said. “With (musx), you’re wanting to listen to music, and that’s all that’s there.”

Local alt-indie rock band Shadow of Whales recently received a featured account after performing at one of musx’s monthly Sideyard Shows. Jeremy Boyum, bass guitar and social media manager for the band, said they use the app to connect with fans about music amid a hectic schedule.

“(Fans will) share a song that’s in a group chat or DM, or they’ve tagged us and we just don’t have the time to go and listen to it right at that moment,” Boyum said. “(The app) really provided a way for us to get that type of connection.”