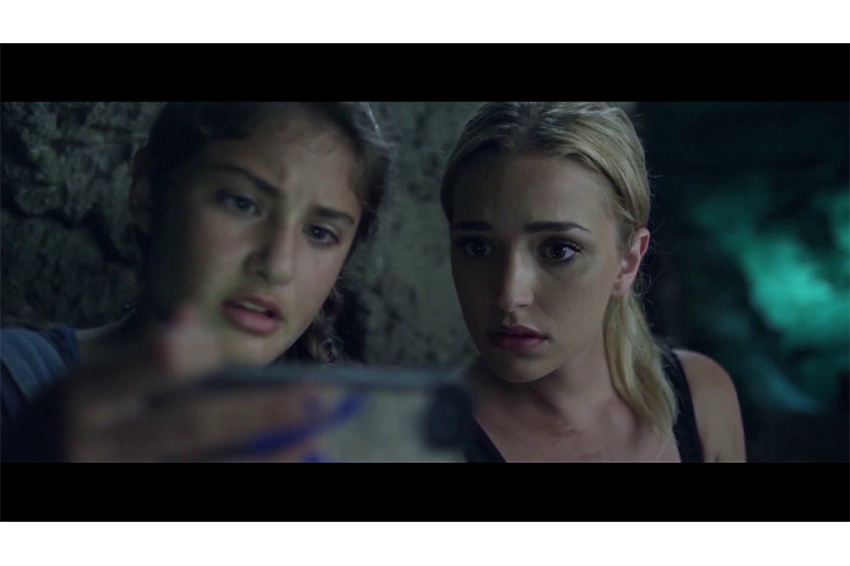 Only radio-television-film alumni could successfully warp time and space.

Radio-television-film alumni have brought their time-twisting fantasies to life in a brand new feature film.

Mark Dennis (‘07) and Ben Foster (‘09) happened to meet simply because they were wearing the same “Back to the Future” shirt. Nine years later, they have finished directing their second feature length film “Time Trap.”

The film is an action-packed sci-fi adventure that follows a group of students who become trapped in a cave that seemingly bends space and time. The Daily Texan sat in on a round table discussion with the directors.

On the inspiration for the film

Mark Dennis: I would say “The Goonies” is what it draws from the most. I grew up in San Antonio, and there were some woods nearby that my sister and our friends would explore. I think the experience of constantly exploring was something that I felt was a very relatable experience for other people of my age.

Ben Foster: I loved all the Spielberg stuff. There’s always a group of kids getting into some trouble and it’s, a lot of the time, paranormal. It’s fun, spirited and somebody young or old can watch it and have a good time.

On the editing process for “Time Trap”

MD: We didn’t even live in the same state most of the time. I was in Austin and Ben was in Los Angeles. Sometimes one of us was traveling and could just send stuff
through Dropbox.

BF: Another thing we realized was that you don’t have to worry as much about keeping (the edit) organized because at the end of the day you can just go back and recut anything. We were trying to share project files when really we could just send clips on our phone. I would film my screen because I was like I don’t want to wait for this
to compress.

MD: As long as the movie looks good that’s what matters. It doesn’t matter how you make it, just don’t break anything or kill anybody.

On advice for a radio-televison- film student

MD: I would say make friends with everybody. Make sure that you stay in contact with people. Even if you don’t like someone, you need to be diplomatic and be able to have a conversation and offer them your help so that they can give you theirs in the future. A movie is not a one-person job. You want to have a thousand-person army, and those are going to be your friends.

BF: Our (director of photography) Mike Simpson went to UT. We could get on set tomorrow and do okay. He’ll know. We have a plan. We have a way of working. It is important to build your crew and build people that you want to work with. But don’t be exclusive because that (group) has to grow as you
get bigger.

MD: Also, find people that you trust who are going to give you honest feedback (on your films). Your mom, your grandmother or your girlfriend are just going to lie to you. They are going to say “Oh, yeah, it’s perfect. It’s so good!” They’re wrong — it’s not. It’s bad. You need to talk to the people who can get you to make it good.