“I’ve definitely jumped out of a lot more planes than I’ve ever landed in”: Student will deploy next semester 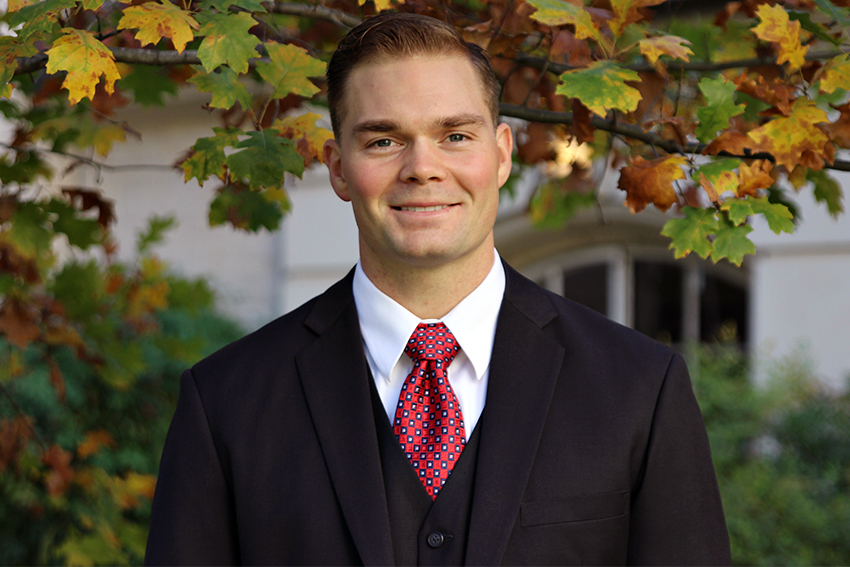 After high school, Nathan McCracken was deployed with the Marine Corps, training and traveling for five years before returning to the reserves and applying to UT. Now, as a 24-year-old philosophy sophomore, McCracken will be deployed again next semester.

“There’s moments where I stop, stand back and feel that I am stagnant,” McCracken said. “It’s easy to feel like you aren’t accomplishing anything here, but there’s something rewarding in putting on the uniform and actually accomplishing something. That’s why I want to go back out.”

McCracken said he joined the Marines because he didn’t want to go to college, and his brother was a Marine. He joined the Marine Corps Force Reconnaissance, a special operations capable force, and said he trained in free-fall school, dive school and static line airborne school — where they learn to parachute.

“I’ve definitely jumped out of a lot more planes than I’ve ever landed in,” McCracken said. “I went to a lot of other schools that I can’t say. I’ve shot thousands of rounds from pistols and rifles. In a way, I’ve already got a whole other education.”

McCracken has traveled to places like Thailand, Djibouti and Dubai.

“Traveling was surreal, and I had little revelations everywhere I went,” McCracken said. “It was eye-opening, and there was a lot to take in. There was also excitement, for the possibility of action and actual action.”

McCracken returned to the reserves wanting to go to college to become a lawyer. He said adjusting from military life to college life was difficult.

“I was blown away by these intelligent 18-year-olds and 19-year-olds,” McCracken said. “It’s frustrating, but it’s also motivating. A lot of people are much smarter than me. I’m amazed by the caliber of individual I’m surrounded by.”

However, after receiving the opportunity to deploy his unit, McCracken decided to deploy again next semester to take a break from school.

“I missed the idea of being around people who just like to get up and go,” McCracken said. “There’s more purpose of the day, more structure. You get up, you have a plan, you execute it and you accomplish.”

Assistant government professor Michael Mosser, who was the first military and education liaison for the Lyndon B. Johnson School of Public Affairs, said this sentiment is normal.

“Anybody who has come from a life outside of the University is going to have a challenge,” Mosser said. “Veterans have a particular set of challenges to reintegrate into daily life. The University just adds a different level of daily challenges.”

Associate history professor Aaron O’Connell also served for five years in the Marine Corps and said it has a family-like environment in which people feel the need to serve.

“The Marines have a way of making you afraid, not of dying, but of not doing your job,” O’Connell said. “The sentiment is, you have a duty to serve and work with the Marines and undertake danger when they ask you to. When the nation calls, you go.”