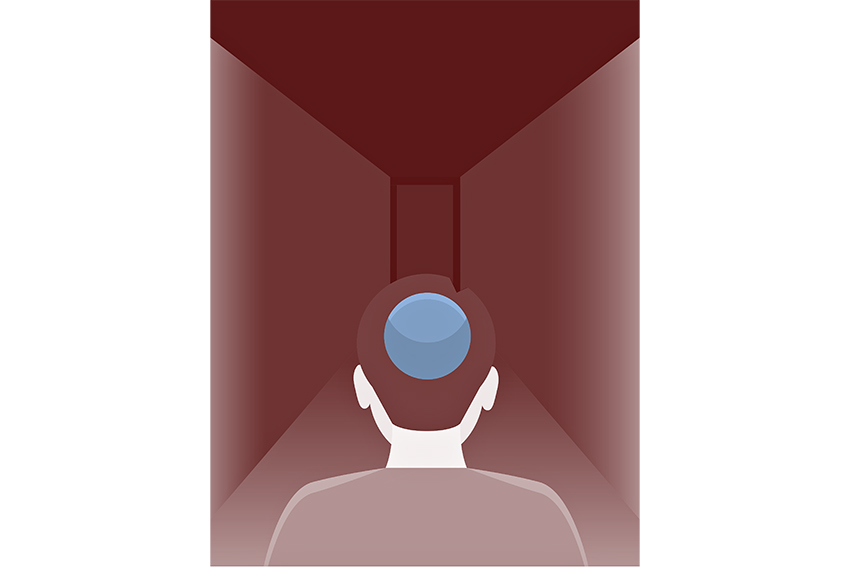 Last month, 11 Jewish-Americans were murdered in the most deadly attack on Jews in United States history. Still trying to understand why anti-Semitism remains prevalent, government freshman Julia Stern never thought she would be a victim of this hatred, until she was.

On Nov. 8, Stern returned from classes to her off-campus apartment where she and her three Jewish roommates live. She found a swastika, the emblem used by Nazi Germany, drawn on the dry erase board hung on their door. As a member of the Jewish community, Stern understood the severity of the incident and took action by reporting it to the Office of the Dean of Students, the Division of Diversity and Community Engagement and the Austin Police Department.

“Nov. 9, is Kristallnacht, when people in Germany burned down and put swastikas on Jewish businesses. What was that, 50 years ago? And it’s still happening?” Stern said.

Brooke Hackel, human development and family sciences freshman as well as Stern’s roommate, said she was shocked that more anti-Semitism resulted from the shooting weeks before.

“When these things keep happening, it creates an environment that is scary,” Hackel said.

The Office of the Dean of Students provides resources to affected students and examines reported cases to determine disciplinary action. Due to federal privacy laws, Sara Kennedy, director of Strategic and Executive Communications, was unable to give specifics on the ongoing case but did confirm the office is looking into the incident.

“As an office and as a university, (we) are deeply distressed by this,” Kennedy said. “(It) runs counter to the values of the University as an institution, who we want to be and the kind of inclusive, welcoming environment we want for all of our students.”

Stern said the office contacted her to set up a meeting and to ensure her stability.

Across the country, the Anti-Defamation League (ADL) found a 60 percent increase in anti-Semitism in their 2017 audit.

“The sharp rise, reported in ADL’s Audit of Anti-Semitic Incidents, was in part due to a significant increase in incidents in schools and on college campuses,” the report says. “There were 1,986 anti-Semitic incidents reported across the United States in 2017.”

The report said every state reported at least one incident for the first time since 2007. It also includes a recommendation for universities to not only train faculty to respond to hate crimes, but to foster campuses that strike a balance of acceptance and constructive conversations.

Dr. Leonard N. Moore, vice president for Diversity and Community Engagement and history professor, said the best place to facilitate such conversations is in the classroom. He said UT could potentially ensure broader awareness with each class of students by requiring first-year students to take diversity courses.

“What typically happens is we mobilize after an incident and then when the incident is over, people think things are OK again,” Moore said. “But (mobilization) should be ongoing. We have to be willing to have uncomfortable conversations when there is no conflict on the table.”

Stern said the only positive result that could come from this incident is an understanding of what words, phrases and symbols offend Jews.

“I’m not turning a blind eye,” Stern said. “I want kids to start learning about this.”