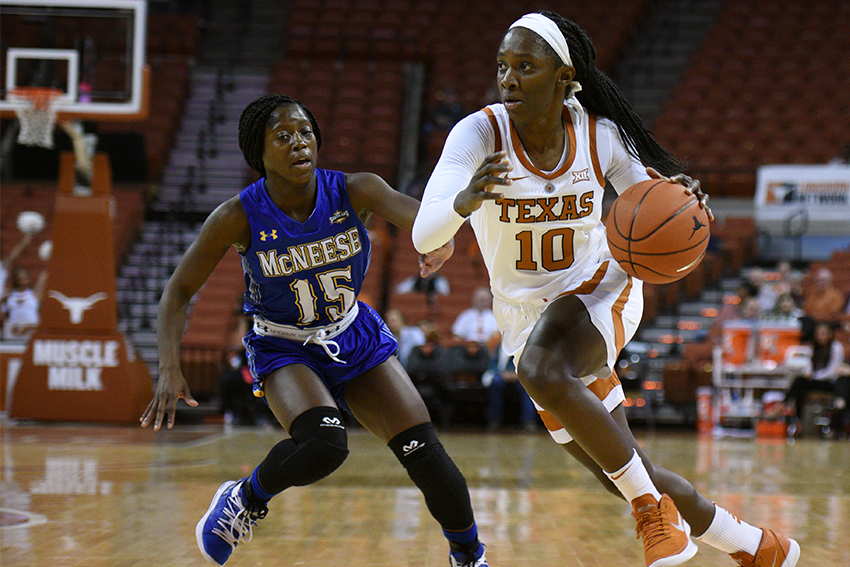 Texas guard Lashann Higgs has been ruled out for the remainder of the season after suffering a knee injury in the Longhorns 56-55 victory over Quinnipiac on Friday.

It has been confirmed that Higgs tore her ACL in her left knee, less than two weeks after becoming the 44th Longhorn to join the 1,000 point club.

With her senior shooting guard out, head coach Karen Aston will have to count on guard Audrey Warren and point guard Sug Sutton to rise to the occasion, who have both received high praise for their work and ethics this season.

This injury comes to a Longhorn team which has been plagued by multiple absences already, with forwards Joyner Holmes and Sedona Prince out indefinitely with ankle and leg injuries, respectively. Texas is also without guard Shae Routt, who fainted during a team practice earlier this season.

In addition to injuries, Chasity Patterson announced her intent to transfer from Texas on Nov. 10, adding to the overall lack of depth on the roster.

The Longhorns return to action Wednesday at 11 a.m. against UTSA at the Frank Erwin Center.