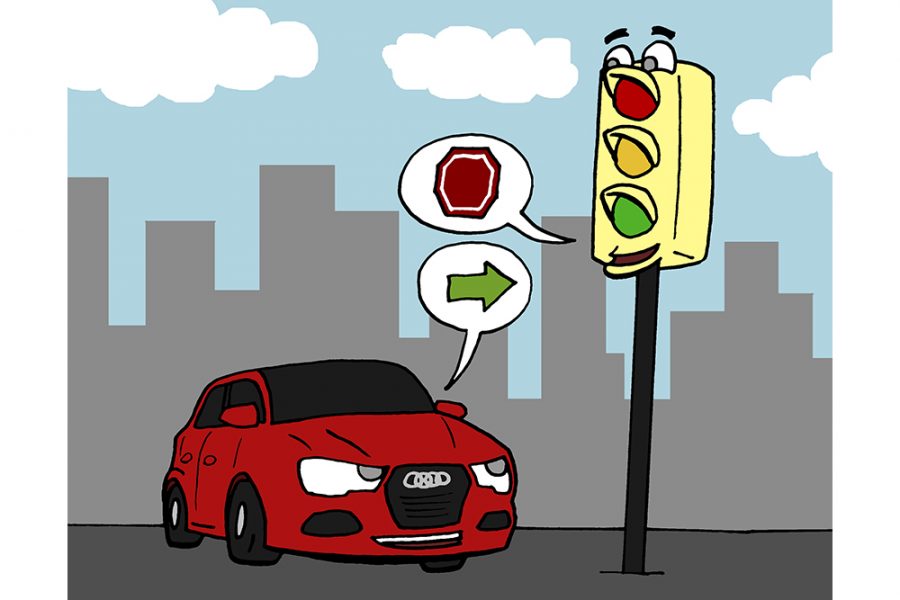 Getting stuck behind a car on a two-lane Texas highway is often why drivers swerve into the opposite lane, attempting to pass slower traffic.

However, new sensory software developed through a partnership between UT graduate students and the Texas Department of Transportation may be able to help with that problem, as well as with other traffic congestion and safety issues, said Darran Anderson, TxDOT director of strategy and innovation.

Steven Flolid, a computer engineering graduate student, helped design the sensor system two years ago. Flolid said the software uses radars and lasers built into a vehicle to help gauge its own position as well as the relative position of other cars on the road. That information will be then communicated to other cars around it.

“The goal here is to create more synergy between car manufacturers,” Flolid said. “They can have a set protocol on how to share information between vehicles, so it can be beneficial to whole cities instead of just useful to individuals and create better traffic for everybody.”

William Alexander, a civil engineering graduate student, said Austin has some of congestion issues in the state.

Amy Fong, a civil engineering graduate student, said though the research has several implications for Texas drivers, the most important benefit is preventing crashes and reducing traffic-related fatalities.

“Traffic-related fatalities are one of the foremost public health issues of our time,” Fong said. “When we think about connected vehicles, the things we should be emphasizing are not the congestion benefits but the safety benefits.”

Ultimately, Alexander said the most effective way to streamline Austin traffic during rush hour is to promote a less driving-dependent culture.

“I think there are ways of having people drive their cars smarter,” Alexander said. “On your typical day in Austin you average 1.3 passengers in a car … if you were to double that you cut the number of cars in half and our transportation worries would go away overnight. But convincing people to do that will not be easy.”