The light at the end of the tunnel: How Sedona Prince overcame her bullies 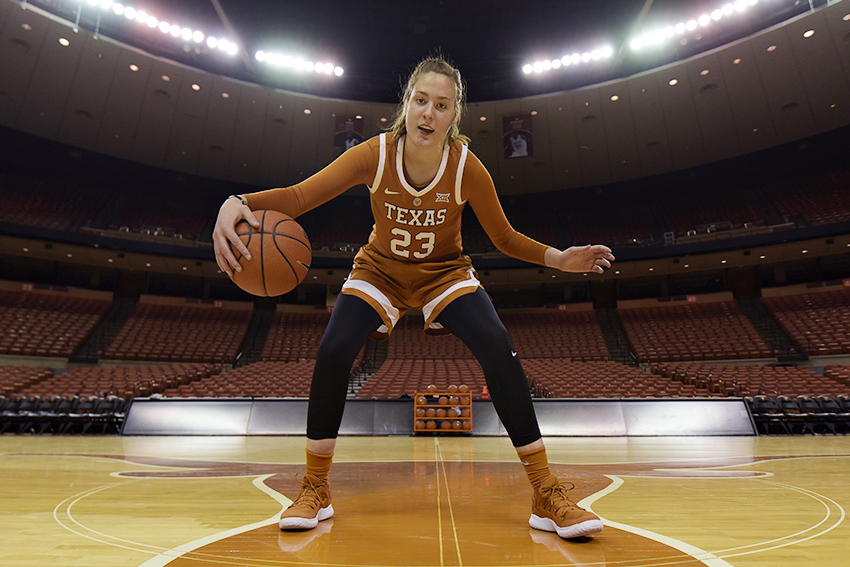 Throughout her career, Sedona Prince has evolved into a dangerous weapon on the basketball court. But her journey toward becoming a highly touted Texas athlete was filled with bullying from her peers, teammates and even an elementary school coach.

The 6-foot-7-inch center was one of the most anticipated recruits of the 2018 signing class, landing at No. 8 on the ESPN Top 100. The versatile freshman first made a name for herself in the basketball world at Liberty Hill High School, where she proved herself to be a rare talent before committing to Texas in November 2017.

“She can be an impact player not only at the University of Texas, but in the women’s game, period,” head coach Karen Aston said.

But things off the court weren’t always easy for Prince. During her childhood and teenage years when people first became aware of her talent, she found herself in a struggle to overcome being bullied.

“I was confused as to why people were treating me this way,” Prince said. “I just wanted to be everybody’s friend, and everybody was being mean to me because I was different. It sucked really bad, going through that and being so young.”

The tall elementary student proved to be an easy target for other kids, who barraged her with insults about her height and shoe size.

“They made me feel like I was never going to be normal,” Prince said.

Among her critics was her fourth grade basketball coach, who encouraged her to quit basketball altogether.

“When your coach tells you to stop playing sports, I felt it,” Prince said. “I knew he hated me very much.”

When she reached eighth grade, the attacks on Prince reached a peak. Desperate for some measure of change, she transferred from Liberty Hill to Faith Academy of Marble Falls for her freshman year of high school, hoping to leave behind her struggles and focus on basketball.

“It had been building on me for so long, and I just really wanted to get away,” Prince said. “That’s part of the reason why I moved.”

Prince returned from Marble Falls one year later with a new outlook, but the bullying problem at Liberty Hill hadn’t faded out.

Contributing to the problem was the fact that her bullies were her own teammates, who were constantly berating her with insults intending to diminish her self-confidence.

However, not every teammate was against Prince. Lizzie Buck, one of Prince’s friends on the team, attested to the challenges she often faced.

“Once you start realizing people are talking bad about you, you start realizing that you aren’t having that good of a time with them,” Buck said. “It really sucks. I don’t know what we could’ve done to better it, honestly, other than the mean girls just acting right.”

After committing to Texas her senior year, Prince, who now considers herself a strong anti-bullying advocate, made the decision to put her difficult past behind her thanks to support from her close friends and family.

Her mother, Tambra Prince, continues to be impressed by her daughter’s resilience and tenacity.

“I’m just blown away everyday by her strength,” Tambra said. “She wants to give people hope.”