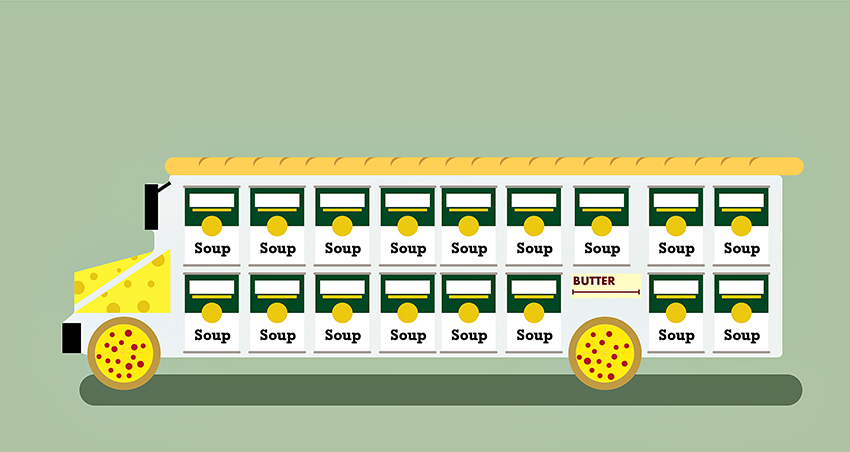 This past September, the Department of Agriculture reported 14 percent of Texan families are considered food insecure, two percent above the national average. This holiday season, the Central Texas Food Bank has high expectations for their ability to feed hungry Austinites with their fundraiser Stuff the Bus.

Whole Foods and Capital Metro are collaborating again for the seventh annual Stuff the Bus fundraiser to collect money and food donations for the Central Texas Food Bank. Running from Nov. 22 to Dec. 11, the effort is one of the biggest providers for the food bank all year. The end goal is to have Capital Metro buses overflowing with donations at Austin Whole Foods.

Amelia Long, director of community engagement for the Central Texas Food Bank, said they have a record-setting goal to collect a combination of money and food donations to provide 100,000 meals. The food bank disseminates these meals to mobile food sites such as soup kitchens, churches and pantries that are then put into the hands of Texans in need.

“(Central Texans) are not always certain they are going to be able to get nutritious food,” Long said. “That means parents have to worry about their children going to bed hungry or not being able to focus at school.”

According to Feeding America, the biggest support organization for hungry Americans, there are 443,900 food insecure people in the 21 counties the Central Texas Food Bank serves.

Stanley Clark is the senior pastor at the Travis Heights Christian Outreach, one of the mobile food sites that benefits from Stuff the Bus proceeds and is just under 10 miles south of campus. This pantry in particular provides for upwards of 8,000 hungry Austinites each month.

“It’s very important to us to feed the hungry here where we are,” Clark said. “We are located around a lot of homeless and people in poverty.”

Clark said the relationship between his food pantry and the food bank is critical because of connections the food bank has with grocery stores.

Because Whole Foods markets itself as “the healthiest grocery store in America,” Long said donations from this grocer are of value to the food bank because of the nutritional content such as high protein and low sodium foods.

“We are working with (Whole Foods) on this food drive for our most needed items which are the healthiest and most nutritious items so we want to stock those as much as possible,” Long said.

Chrissy Barnes worked at Whole Foods as a cashier for over a year now and said she sees more food donations than monetary donations at the register.

“A lot of people round up their change and that’s great because it adds up in the end,” Barnes said. “But more people are into picking out what they get to donate and put it themselves in the boxes outside.”

The food bank will announce its donation totals on Dec. 18 as many students begin leaving campus for the holidays. However, Long said any form of support is beneficial to the cause.

“One of the ways people can get involved when they don’t have funds to give is to come out to our facility, take a tour and volunteer,” Long said.