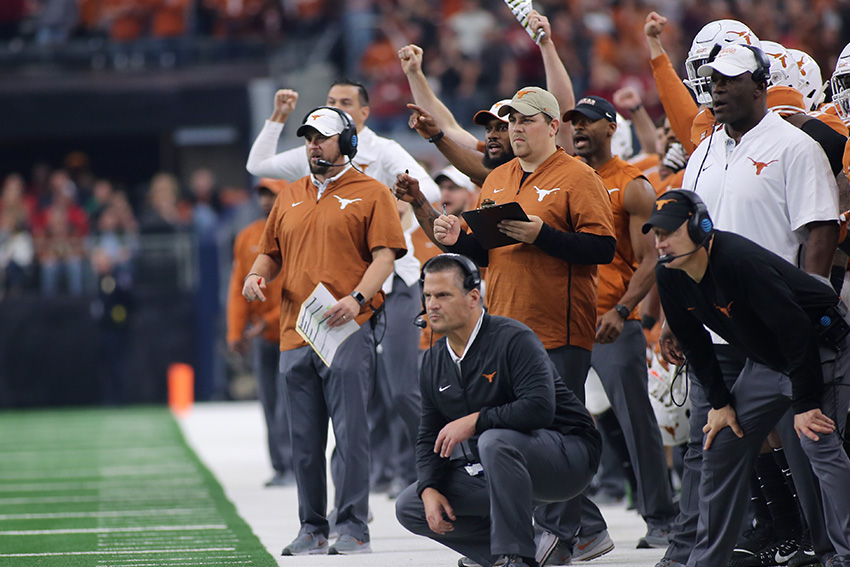 When Texas head coach Tom Herman and Georgia head coach Kirby Smart gameplanned against each other as coordinators in the 2015 Sugar Bowl, they were entirely unaware they’d be facing off in the exact same bowl game as the heads of two different programs just four years later.

Since that game, Herman and Smart have had a mutual respect for each other and even stayed in contact to discuss coaching strategies, according to the two.

“I’ve been good friends with Tom since our game with him against Ohio State,” Smart said in a teleconference Sunday. “I’ve kept in touch. We’ve shared ideas and thoughts, and I’ve always used him as a trusted friend and resource for information.”

Both Smart and Herman have yet to watch many of their opponents’ games from this season but enter this month’s preparation period under the impression that this Sugar Bowl could be just as competitive as the 42-35 dogfight they took part in during 2015.

The Longhorns, who sit at 9–4 heading into bowl play, entered as an 11-point underdog to a surging Georgia that’s still nursing the fresh wound of being left out of the College Football Playoff’s top four selected teams after Sunday’s announcement.

Though Smart’s group missed out on capturing an SEC Championship just hours after Texas’ losing effort, the Bulldogs will still walk into the Big Easy at 11–2 with a hungry attitude.

“They’re in the top 20 in the country in damn near every offensive and defensive statistic,” Herman said. “Statistics alone, it looks like a very balanced team.”

Just moments after walking off the field following a loss to Alabama on Saturday, Smart sounded off with an emotional statement asking why the selection committee wouldn’t want to see the four best teams in the country play for the national title. But after the final rankings came through — without the Bulldogs — Smart reacted with a positive outlook, saying he acknowledged the tough decision the committee was faced with.

“I’m not crying over spilled milk,” Smart said. “We had our opportunities in the Alabama game and did not finish, did not take advantage of them. I certainly think we’re one of the four best teams in the country, but I also know that we’re not in the playoffs and we’ll have an opportunity to do that next year.”

Texas has faced difficult opponents throughout the season on its path toward returning to national relevance, but despite having played a top contender such as Oklahoma twice, Texas will see the Bulldogs as an unique test unlike anything Herman’s team has gone up against. This is due to the unfamiliarity between the two programs, which haven’t competed against each other since the Cotton Bowl in 1984.

“We know what they’ve been able to do,” Herman said. “They played in the national championship game last year, they were on the verge of being in the playoff this year. Kirby’s got that thing rolling. We’re going to need our A-game to have a chance to complete.”