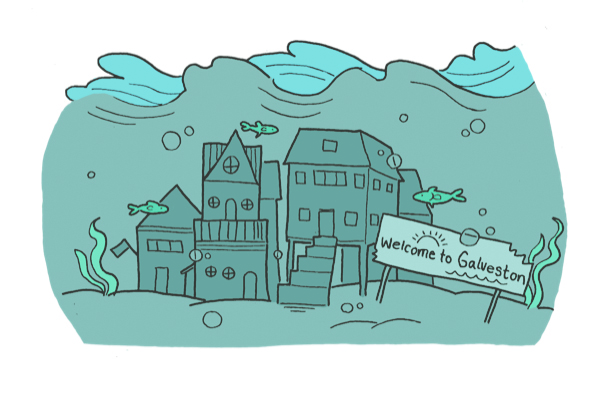 Texas and its economy will face some of the worst impacts of climate change if no action is taken to mitigate greenhouse gas emissions and other pollution, experts say.

“It doesn’t matter where you are in Texas, the interconnectedness of our entire society with climate means climate change will be impacting everybody,” Nielsen-Gammon said. “And in fact, it already is.”

Using Hurricane Harvey as an example, Nielsen-Gammon said the 15 percent increase in rainfall due to existing effects of climate change contributed to billions of dollars in damages and aid paid by taxpayers nationwide.

“All of these impacts may be things that people don’t immediately see because they are not clearly visible, but it is already affecting them through the pocketbook,” Nielsen-Gammon said.

Jay Banner, a UT geological sciences professor, also coauthored the assessment’s section that covers Texas. Banner said predictions of decades-long “mega-droughts,” higher-than-average sea level rise and months of above-100-degree days throughout the state may greatly threaten its resources and infrastructure toward the end of the 21st century.

Austin will have experienced around 50 above-100-degree days by the end of 2018, but Banner said the number will increase to around 120 days, or four months, toward the end of the century if no action is taken to reduce greenhouse gas emissions.

“This set of synergistic challenges we are facing, such as a rapidly growing population and a remarkably changing climate, does not bode well for Texas in terms of the whole range of impacts we expect to face,” Banner said.

“If you keep presenting people with a problem and give them nothing to do about it, it will become part of their everyday and stop being their concern,” environmental science sophomore McKritick said. “I hope people start to prioritize this because it’s hard to see a future past 2100 where we do not have these catastrophic climate anomalies.”