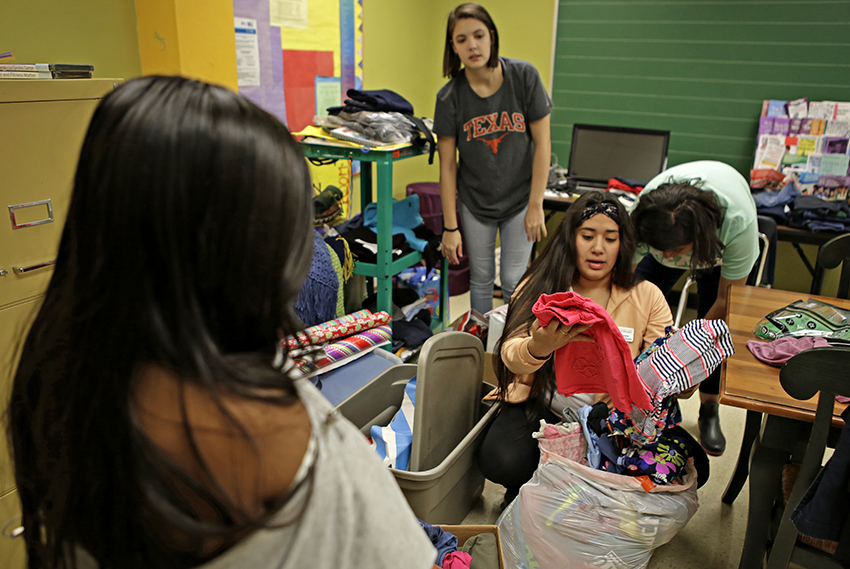 “We wanted to help with the closet, so it wasn’t such a burden on the teachers … so we’re looking for support from the community,” Dingman said.

A significant portion of the school’s student population comes from low income families, and the closet was started over 10 years ago in response to their need for toiletries and clothing. The closet is largely supplied by local businesses and teacher donations, said Azucena Garcia, the elementary’s principal.

However, the closet’s supply has recently decreased, possibly because of a smaller student population, Garcia said.

“When I go in there, visually, it’s a lot less, but it’s also reflective of the population that we have — we have a lot fewer students,” Garcia said.

When the closet started the elementary had 600 students, but now it has 260 students, Garcia said.

Dingman, Arreaga and Barrera made a Facebook page in October to gather donations from students but decided to fundraise money on GoFundMe instead to buy the items needed, Barrera said.

“We figured those who didn’t have the actual products to give out could donate as little as one dollar,” Barrera said.

Barrera said the closet is effective as a resource because students and families have access to what they need without feeling embarrassed for asking for help.

“The families don’t like to be given stuff, but (the teachers) can tell that they need stuff, so I feel like you need to be the lookout for those families who are in need,” Barrera said.

Sanchez Elementary is a Title I elementary school in the Austin Independent School District, so the school receives federal and state funding, Garcia said.

“We have about 97 percent of our children that come from a low socio-economic status,” Garcia said. “That’s almost the whole school.”

Arreaga said they wanted to use the resources available at UT to help a school without the same advantages.

“We want to help the forgotten schools that are often overlooked because of the area they might be in,” Arreaga said.