UT researchers weigh in on vote to redefine the kilogram 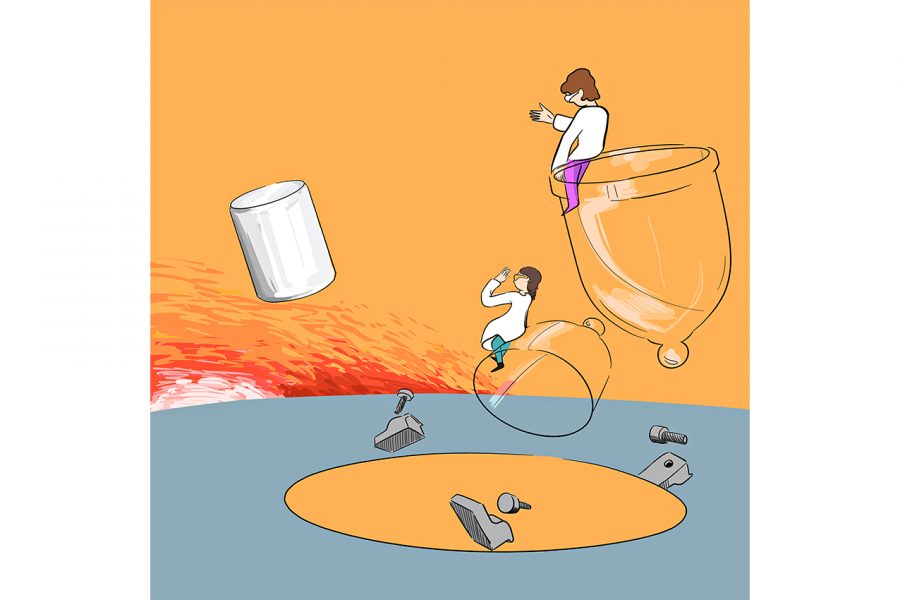 For the last 139 years, every measurement of mass you’ve ever made, from weighing fruit at the grocery store to stepping on your bathroom scale, can be traced back to a chunk of metal locked securely in an underground vault in Paris. However, mass is modernizing. On Nov. 16, representatives from over 60 nations including the U.S. gathered in Versailles, France and voted to redefine the kilogram using a fundamental constant.

Up until now, one kilogram has been defined by a cylinder-shaped platinum-iridium object called the International Prototype Kilogram located in France, UT chemistry professor Jason Shear said. “From a chemistry standpoint, a lot of metals will oxidize and rust,” Shear said. “It’s a platinum-iridium alloy, so it has very good stability. They chose the materials with a clear eye towards trying to minimize that.”

International Prototype Kilogram is taken out every 40 years to be compared to its other replicas around the world, said Shear.

“The U.S. has one of the replicas. It’s what our internal standard is based on,” Shear said. “It’s taken to France and measured next to it.”

There have been many limitations associated with basing the kilogram on International Prototype Kilogram, said Matthew Worden, assistant professor of instruction in the chemistry department.

Beginning on May 20, the kilogram will be defined based on a physical constant called Planck’s constant, an infinitely small number associated with light energy, Shear said.

“I had assumed that we had switched to something that depended on the behavior of light and atoms — things that are rock solid and, as far as we know, don’t change, rather than an object that could grow or wear down over time,” Shear said.

This new change is made possible by a system called the Kibble balance, which allows us to determine the kilogram accurately in any place in the world, said Robert Hebner, director of the Center for Electromechanics at UT and a U.S. representative at earlier conferences in France regarding the redefinition of the kilogram.

“You don’t have to have that entire system of moving things around and all these people working on maintaining this piece of metal,” Hebner said. “You can determine the kilogram from fundamental behaviors of nature.”

While this change may not affect the way you weigh your apples at HEB, this has significant implications for economics.

Having an accurate kilogram is important because it underpins our international economy and takes cost out of buying and selling things, Hebner said.

“If you ship a ton of steel from the U.S. to Japan, for example, you’d like it to be the same ton when it left and when it came,” Hebner said. “There are trillions of dollars worth of commerce that depend on an amount of money per unit weight.”

Scientists across the world have been working on redefining the kilogram and making the process simpler and cheaper for the past 40 years, Hebner said.

Worden added this international effort is a good example of cultural collaboration in the scientific community.