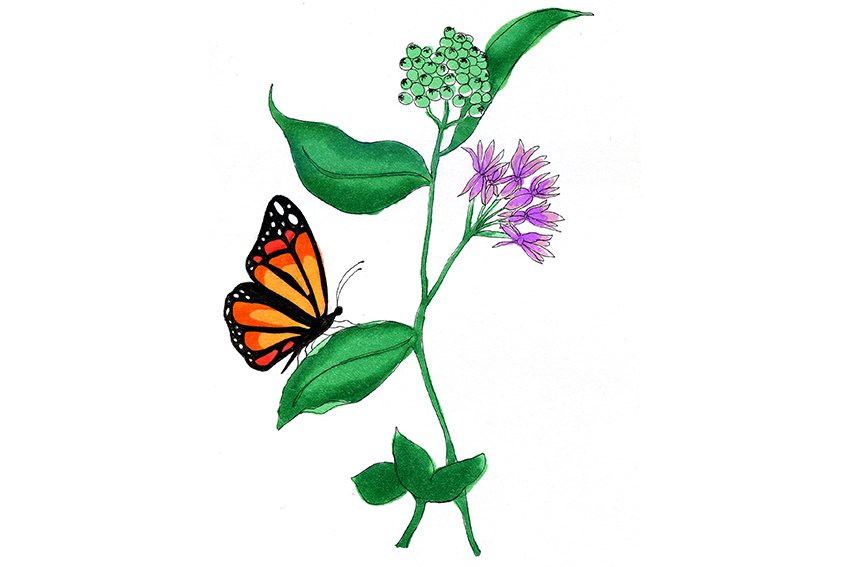 As it starts to cool down here in Texas, it’s time for the annual monarch butterfly migration. This year, the Austin Parks and Recreation department aims to create corridors of milkweed plants and nectar sources, which are food sources and part of the iconic butterfly’s natural habitat.

LeAnn Ishcomer, park ranger program manager with the City of Austin Parks and Recreation department, said the project aims to maintain the monarch migration through Austin, which is important for the declining butterfly population.

“Austin is a known stop for the North American monarch butterfly, so we collaborated with local, regional and national federations to incorporate milkweed and preserve land so that the monarchs have a host plant to perch and lay eggs on,” Ishcomer said.

LaJuan Tucker, park ranger with the Parks and Recreation Wildlife Austin Program, said they have created patches of landscape that are maintained specifically for the butterflies.

“Our grounds maintenance staff maintains small patch habitats that have been seeded with a diverse array of site-specific nectar sources,” Tucker said. “These ‘wildflower meadows’ serve as landing pads to fuel the monarch migration and provide food sources for all pollinators.”

Milkweeds secrete varying levels of toxins called cardiac glycosides, Parmesan said. Female monarchs are very choosy about the plants they lay eggs on as they pick plants that have moderate levels of this toxin, so Parmesan proposes investigating the toxin levels of seeds before planting.

“It’s wonderful that these programs are being put into place, but it’s important to incorporate science into it or you aren’t going to have the effect you want to have,” said Parmesan.

She added that there are three main reasons butterfly populations are decreasing — loss of habitat, pesticide use and climate change. Ishcomer said they are taking these factors into account.

Parmesan said that it is important now more than ever to help build up the population, especially given the recent proposals to build a border wall through the migratory path of monarchs.

“Most butterflies don’t fly very high … so (the wall) is definitely a barrier and it will limit the amount of migration,” Parmesan said.

Lawrence Gilbert, professor in the Department of Integrative Biology, said the migration of monarchs has both ecological and aesthetic value.

“It is important that we humans not lose touch with nature … seeing monarchs flying by … is a bit like looking up at the moon,” said Gilbert.

Besides the park and preserve initiatives, Ishcomer said everyone can take a part in the conservation of the monarchs by planting milkweed and nectar-producing plants to create habitats in their own backyard.

“Even if you live in an apartment, you can create habitats for these butterflies,” Ishcomer said. “We may not have created the problem, but we absolutely have to be a part of the solution.”