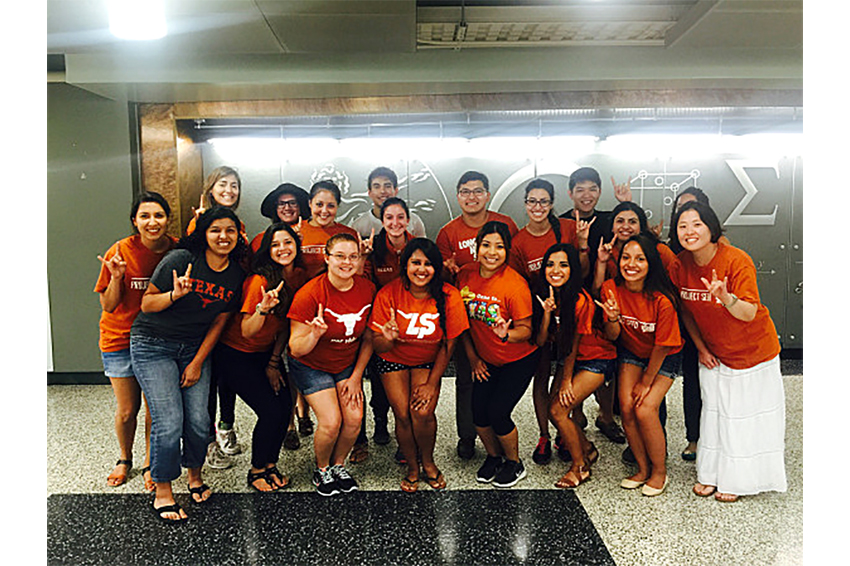 Project SEED has been tracking the emotional, social, physical and educational health of Mexican children who translate for their Spanish-speaking parents since 2006. Now in its third wave, the project studies more than 600 families from the Austin area.

A child is defined as a language broker when they have translated something for their parents at least once in the past three months. Children may need to translate anything from medical documents to phone calls to handouts or emails from their school.

“It’s a large population of people that this is affecting, and there’s not a lot being done at this moment, and not a lot is even known,” said Jordan Mendez, student research assistant for Project SEED. “It’s important to start getting these results now so we can start working toward change.”

Su Yeong Kim, human development and family sciences professor, started Project SEED after noticing the textbooks she read rarely included narratives about those experiencing language barriers. Kim grew up in Los Angeles, but both of her parents emigrated from South Korea, and she often served as their language broker.

“When students feel like their experiences aren’t represented in textbooks, they may not feel visible,” Kim said. “I really wanted to change that perspective and do research on a population that is almost invisible.”

Student research assistant Vanessa Ruiz said language brokering can be difficult due to the large amount of vocabulary the child must understand in two languages in addition to the potential emotional impact.

“If your entire home life is based around Spanish and the entire Mexican culture, it can be hard to fit in as well in the (United States),” undeclared sophomore Ruiz said.

“It’s a lot to juggle not only two languages, but relay important information to your parents,” said Mendez, health promotion and behavioral science junior. “But, even if the results show otherwise, a lot of them will say, ‘No, it doesn’t
bother me.’”

Kim said the information from the study may eventually help develop intervention programs that would teach families how to make the translation role less burdensome on children. She said immigrants make up the fabric of American society, and it is important to research their well-being as anti-immigration rhetoric rises.

“If we are at risk, we have an obligation as members of societies to make sure they are doing just as well as native-born kids, and we can’t do that without research,” Kim said.