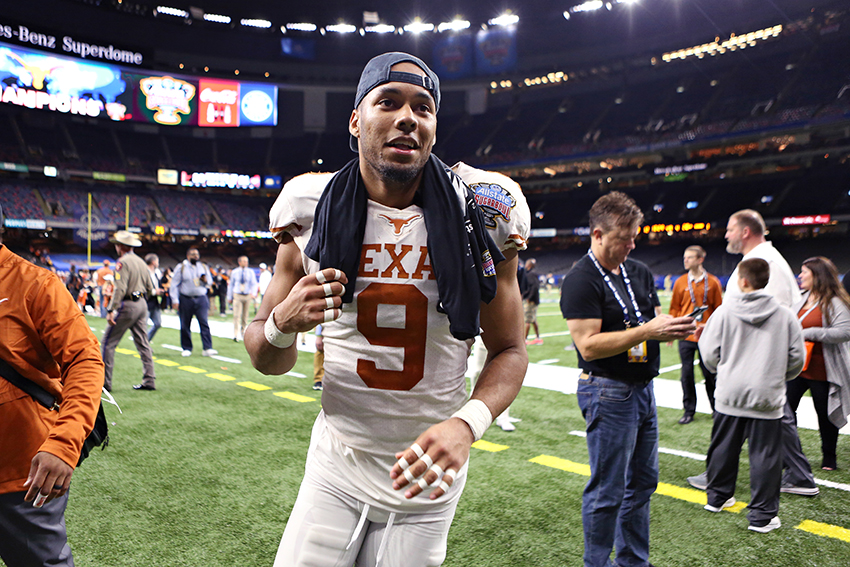 Wide receiver Collin Johnson has announced he will return to the University of Texas for his senior season.

Johnson posted a statement on his Twitter account Thursday afternoon, saying “The best is yet to come!”

The junior additionally said the return to campus will allow him to fulfill some remaining goals he has while at the University, including obtaining his degree, helping Texas win a championship and playing alongside his brother Kirk, a running back at Texas, for one more season.

This season, Johnson appeared in 13 games for the Longhorns, recording 68 catches, tied for eighth-most in a single season at Texas, 985 yards and seven touchdowns.

Texas is also awaiting the decision of wide receiver Lil’Jordan Humphrey who, like Johnson, has spent the last month weighing options regarding a potential move to the NFL. The deadline to declare for the Draft is Jan. 14.

During a media availability on Dec. 29, quarterback Sam Ehlinger told reporters, "I'm going to have to beg (to get Johnson and Humphrey back). I'll do anything that helps. They're both tremendous players, and I think that in order for programs to get to an elite status and continue to excel, you have to have your elite players come back.

“In order to build a dynasty, you have to have those type of guys come back. I'm definitely going to be begging and offering everything I can in order to throw the football to them next year."