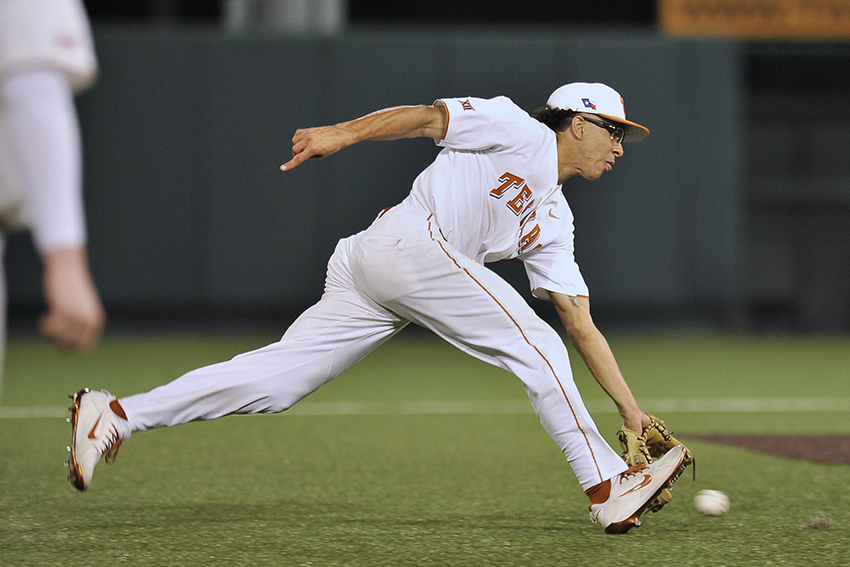 Infielder David Hamilton’s suffered a season-ending Achilles injury after a fall from a motorized scooter. The team announced Saturday he will not be able to return for the 2019 season.

“We talk to our guys about making good decisions when they're away for the break. I wouldn't say it was his best decision, but at the same time, it was pretty innocent. And it was just unfortunate,” head coach David Pierce told reporters Tuesday during an event at Stubb’s hosted by the Texas Rangers.

Hamilton had an extremely successful sophomore season with a .291 batting average. He also stole 31 bases, a feat that has not been accomplished by a Longhorn since 2002. Most impressively, however, is his 13-game hitting streak that lasted from May 1 through June 3. Hamilton was also named to the All-Big 12 Second Team.

During Hibbeler’s one year at Texas, he’s played shortstop, first and second base, and outfield. Reagan, a highly touted freshman, has yet to make his Longhorn debut while Reynolds primarily plays third base.

Texas begins its season on Feb. 15 against Louisiana.