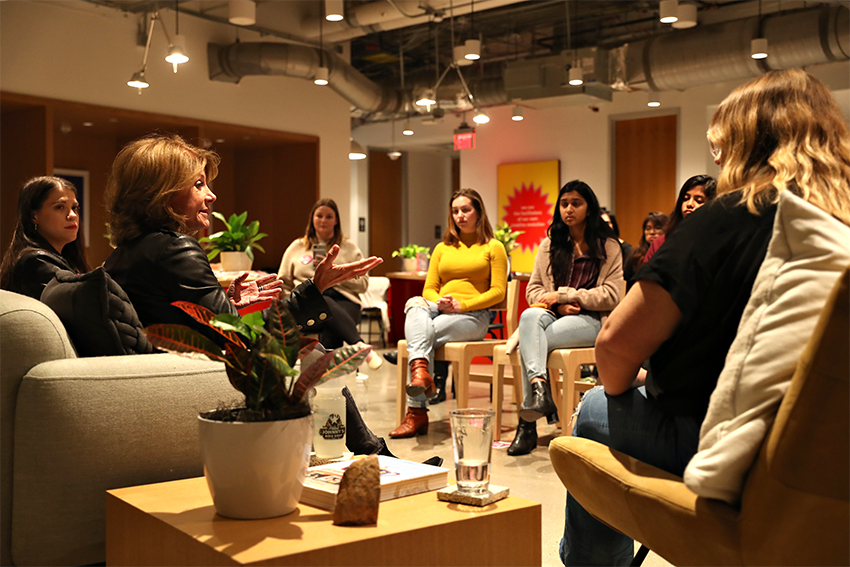 U.S. Secretary of Education Betsy DeVos has proposed changes to Title IX, a section of the Education Amendments Act of 1972, that would allow victims to be cross-examined by their alleged abusers and create a higher standard of evidence for sexual assault cases. But there are downfalls to the revisions, Davis said.

“We understand all too well how issues of gender bias can create a lifelong impact in someone’s ability to realize their full potential,” Davis said. “Everything we do currently that creates obstacles to that equity needs to be undone.”

A period for public comment on the proposed revisions began in November, and lasts until Monday,  Jan. 28. This system, called the notice-and-comment process, gives individuals and organizations the opportunity to share their opinions with lawmakers on proposed changes to federal policy, according to the U.S. Department of Education.

“I can say from experience that when a young person brings their voice forward, it’s different,” Davis said. “It’s not one politically motivated or based on partisanship. It will be a wake-up call for (legislators), and it really will make a difference.”

UT Students for Planned Parenthood and It’s On Us, an Obama-era campaign fighting sexual assault, organized the event at WeWork University Park. Davis was joined by Sage Carson, manager of Know Your IX, and Kate Cartagena, a program manager at Planned Parenthood.

“Given the high rates of sexual assaults, anyone can be a victim,” Deñó said. “These changes don’t keep victims in mind. My main thing is to make sure you know your voice is heard.”

Nadia Zaidi, biology and philosophy senior, is a member of the Interpersonal Violence Peer Support program at UT and said she sees the value of supporting victims of sexual violence.

“I am interested in the health of the student body and I know firsthand how important it is to have these resources available for students,” Zaidi said. “As a student, as a human and as a woman, I know we need to raise hell.”