Backstreet’s back with experimental album ‘DNA’ 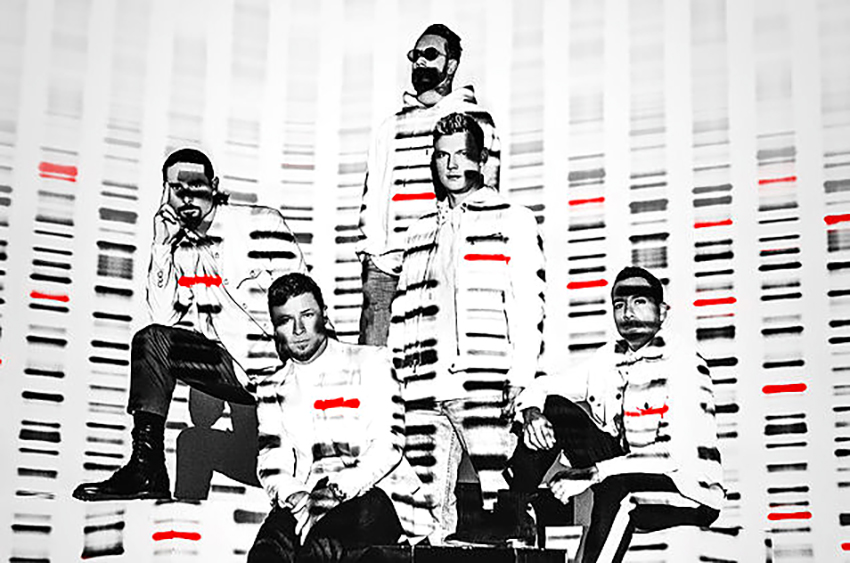 Six years of silence can’t stop the Backstreet Boys. Friday’s release of their tenth studio album DNA resurrected hints of their pop-ish edge that ushered in their fame in the 1990s.

As a five-member group, the Backstreet Boys made their start in 1993 in Orlando, Florida. In the past 25 years, the group has dominated the charts, toured the world and won multiple awards, and continue producing music for the soul.

A couple songs on DNA are reminiscent of old-school style, including “Nobody Else” and “Chateau.” Although some songs kept their pop sound, the others branched out, showcasing influences of R&B, techno, alternative and even country. In one instance, the group even experiments with a cappella in “Breathe.”

Most of the songs express serious concepts, like “Don’t Go Breaking My Heart” and “Chances.” However, the songs often failed to dive deeper into these complex ideas. For instance, “Don’t Go Breaking My Heart” speaks on the fear accompanying new relationships, but the lyrics barely touch on feelings of hesitancy or vulnerability. “Chances,” which talks about the fate of two destined lovers, scratches the surface of what differentiates love and fate but fails to explore that idea.

However, the album does a great job creating characters in each song. Despite the shallow lyrics in “New Love,” there is a perfect picture of the singer being a classic “bad boy” who focuses on the sex rather than his partner. This also occurs in “No Place,” which expresses a sweet love song voiced by a traveler comparing his lover to various places he’s been to and concluding nowhere in the world could amount to his true love.

“Is It Just Me” is the most narrative song of the album. Filled with heartbreaking lyrics, the song highlights the thoughts a partner may have in a slowly dying relationship. The lyrics highlight an increased vulnerability from the group, portraying its music’s growth.

Aside from the meanings behind each song, the Backstreet Boys did a phenomenal job exploring different genres. In many of the songs, they took inspiration from pop culture. For instance, in “Don’t Go Breaking My Heart,” they used a futuristic techno, almost mimicking the keys from the “Stranger Things” theme song. Additionally, they added an R&B edge in “The Way It Was,” which imitated Chris Stapleton’s “Tennessee Whiskey” and Etta James’ “I’d Rather Go Blind.” They even tried country, playing an easygoing guitar in “Just Like You Like It,” and brought in an alternative edge in “OK,” similar to Florida Georgia Line’s music.

Despite the change in music style, it should be noted that the Backstreet Boys stayed on one theme for the entire album — love. Some of the songs ranged from desiring love, like “Don’t Go Breaking My Heart” or “Chances,” to desiring sex, like “Passionate” or “New Love.” Following those, one half of the songs displays a stable relationship, while the other half displays the mourning of a lost love. However, one thing is clear — the Backstreet Boys refuse to write about anything other than love, which seems to be a contributing factor to the album’s downfall.