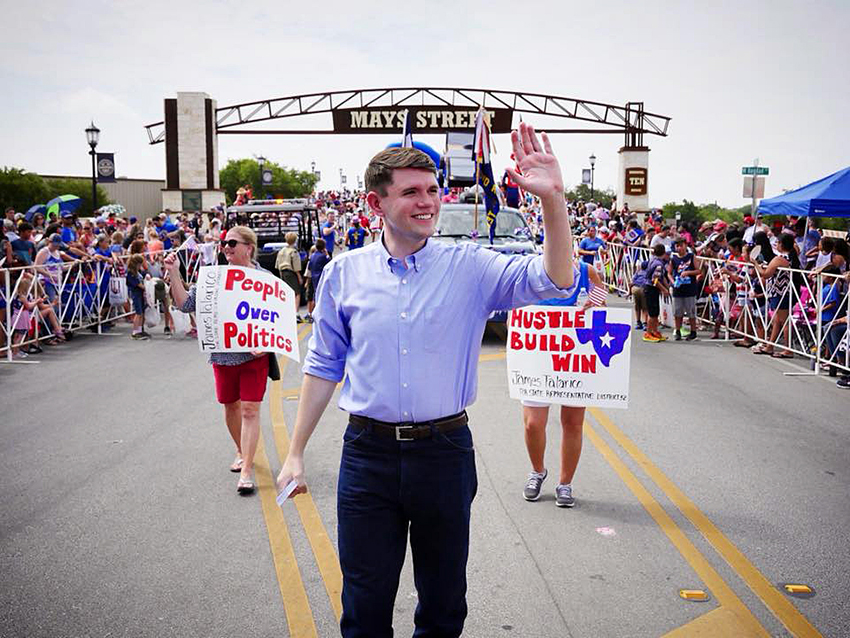 Courtesy of the office of Rep. James Talarico

Editor’s note: This article is part of a series of profiles on freshman lawmakers who went to UT.

State Rep. Jon Rosenthal, D-Houston, takes pride in being the only mechanical engineer in the state Legislature.

The freshman lawmaker said his experience as a working engineer greatly influences his approach to the issues Texans face.

“It’s funny because I wrote a paper in college about how I thought we should have more engineers in government and governance because engineers take a fact-based approach to problem solving,” Rosenthal said. “I always joke about how I’m the guy that brings spreadsheets to arguments, and I’m still that guy.”

Rosenthal also has deep ties to Austin. He graduated from UT in December 1991, where his father, Haskell Rosenthal, was also a math professor.

Another freshman State Rep. James Talarico, D-Round Rock, is also a UT alumnus. Talarico traces his interest in public service back to his time at UT, where he graduated in 2011.

“My first taste of legislative politics was as a student leader at UT,” Talarico said. “We organized students to advocate for themselves and for their families at the state capitol on the issue of college affordability, particularly tuition reform. That was the first time that I was really in this building and pushing for a cause that I cared about.”

At 29 years old, Talarico is the youngest member of the state Legislature. He said it’s important for students to pay attention to state politics because it will be up to them to lead on issues that will become more pressing as time goes on.

“Our generation has the most to lose in these discussions at the state capitol,” Talarico said. “Whether it’s higher education or public education or jobs or the economy or climate change … we’re going to be the ones that are cleaning up the messes long after most of these legislators are gone. So I think it’s super important that people our age are not only paying attention but are actively involved in their legislative process.”