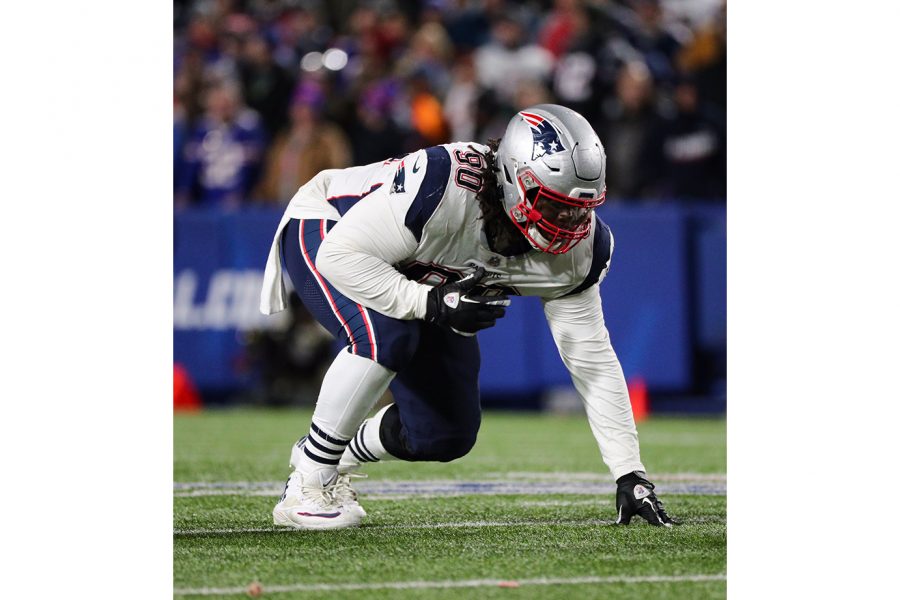 ATLANTA — Before Malcom Brown’s successful run at Texas and subsequent leap to the NFL, his immaturity as a freshman at Brenham High School almost cost him his career before it even began.

Brown, a defensive tackle on the football field, was a multi-sport athlete possessing unusual speed for his near 300-pound frame. But the football coaches at Brenham decided his lack of focus and commitment issues outweighed his varsity potential. Less than one year into his promising high school football career, Brown was dismissed from the team by his coaches.

“Malcom came in as a freshman and was good enough to be on the varsity team athletically, but not maturity wise,” former Brenham head coach Glen West said. “We actually dismissed him as a freshman and just said, ‘Till you grow up, you can’t be a part of this.’”

Timothy Cole, a former Texas linebacker and Brown’s teammate at Brenham, has known Brown since the age of 6. Through their close relationship, Cole knew Brown wouldn’t lose focus despite the setback.

“When you’re on varsity as a freshman, you’re not gonna be super mature,” Cole said. “I think it was just one of those things where he realized, ‘I guess I’m doing something that’s probably bigger than me. This is a big opportunity for me to get out of Brenham and make something of myself.’”

But making something of himself required a season of waiting. After watching his former teammates reach the fourth round of the state playoffs in his absence, he went back to his coach, hoping to regain his spot on the team.

While West and his staff weren’t initially convinced, Brown was granted a return to the team, in part because of a good word from an unexpected supporter. Margaret Agnew, Brown’s Spanish teacher, noticed his willingness to improve in the classroom during tutoring sessions and defended the budding football star to the coaches.

“She (Agnew) came to us after she was working with him,” West said. “(She) said, ‘The kid has a lot of talent, is really, really smart and I think he’s someone that has a future.’”

Brown recorded 43 tackles and 11 sacks in his sophomore season, but there was still one more thing he needed to figure out. Brown lived 27 miles away from Brenham, making things more challenging for him and his coaches. That’s when the Agnew family stepped in.

“He lived with them for two years, and I would say that was definitely the biggest event that happened in his life,” West said. “It really changed the trajectory to where he is today.”

“That kept me focused, kept me out of trouble,” Brown said. “I was always in the house doing something. I was always around family, just the atmosphere and everything.”

Nine years later, Brown played on a much bigger stage than Brenham High. On Sunday night, he capped off his fourth NFL season with the New England Patriots by helping them achieve the ultimate goal in professional football: winning the
Super Bowl.

The 13-3 victory is one of many in a long line of championships for the Patriots and also Brown’s second career Super Bowl victory. The game was characterized by defensive dominance, with the opposing Los Angeles Rams offense held to just three points — something that’s only been achieved one other time in the Super Bowl’s 53-year history.

“It feels great,” Brown said. “I’m on top of the world right now, we’re world champs and it’s just time to live it up right now.”