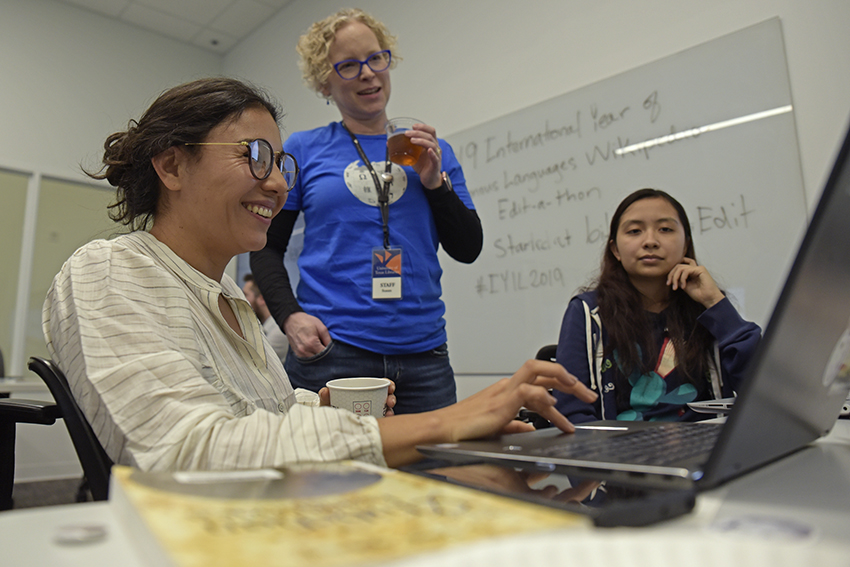 In an effort to preserve indigenous languages, UT’s Archive of the Indigenous Languages of Latin America hosted a Wikipedia Edit-a-thon last Friday in the Perry-Castañeda Library.

In 2016, the United Nations General Assembly officially declared 2019 the International Year of Indigenous Languages. The declaration followed a recommendation by the Permanent Forum on Indigenous Issues, where members spoke about the thousands of languages that are in danger of disappearing. To celebrate and begin preserving these languages, the Archive hosted a workshop dedicated to improving the Wikipedia records on indigenous languages.

“When these languages start to disappear, we lose a lot of important information about the world and about human cognition,” Archive manager Susan Kung said. “This was one of the ideas that came out of a group of many different organizations, including the Linguistics Society of America.”

The event was open to anyone interested in indigenous languages and Wikipedia editing. Linguistics freshman Emily Luedke said her interest in linguistic documentation brought her to the event.

“I thought that coming here and participating would be a good introduction into the field of linguistic documentation,” Luedke said. “It is important that large websites like Wikipedia have factual information so that people who are interested in these topics and want to do some research on their own can find factual information.”

The event was part of a larger initiative honoring the International Year of Indigenous Languages by bringing Edit-a-thons to multiple locations. According to Kelsey Neely, former UT linguistics research assistant, Wikipedia editing not only helps the preservation effort, but it also helps people gain access to more resources concerning those languages.

“A lot of these languages are highly endangered, and there is a lot of shift happening between these languages as they move towards a more dominant language,” Neely said. “This is one way we can make more minority voices more visible, and we can increase and improve the discoverability of records that we have.”

Kung said as more information emerges about how frequently languages die and how few languages there are left in the world, the importance of this effort increases.

“Many of these indigenous languages are structurally different from other dominant languages,” Kung said. “They encode things the way we perceive or understand our surroundings in a way that is very different. When we lose these languages, we lose that knowledge and that understanding of the world and an understanding of how our own brains work.”