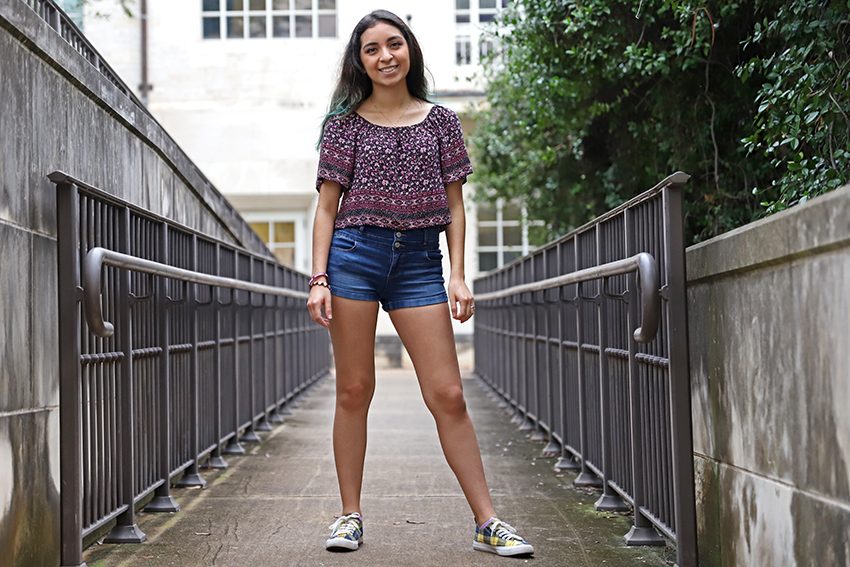 Despite their different views on abortion, many students and women say they can find feminism in both anti-abortion and abortion rights advocacy work.

Many women find themselves torn between the cohorts of feminists who consider themselves anti-abortion and those who believe in abortion rights. There are feminists who believe there is a middle ground both sides can stand on, where women’s social, emotional and physical wellbeing take priority.

Destiny Herndon-De La Rosa is the founder and president for Dallas anti-abortion non-profit New Wave Feminists. She informs people about resources daily, such as where women can find information about women’s health, places to access pregnancy prevention methods and financial aid in the event of an unplanned pregnancy.

Even though groups like New Wave Feminists and Planned Parenthood are often at odds, they have met on some issues. They both assisted women by providing sanitary product donations to assist Hurricane Harvey victims.

“The (impoverished) women and children end up falling through the cracks because (feminists) are spending so much time on laws and on Facebook arguing with each other in all caps,” Herndon-De La Rosa said. “There are people who need real resources we can all agree on.”

Herndon-De La Rosa shares beliefs with abortion rights feminists when it comes to providing women with information about their bodies and prevention resources. She believes the more women know about their bodies, the more powerful they become.

“(New Wave Feminists) are pro-women, we are pro-life and we are pro-education,” Herndon-De La Rosa said.

Ashley Deño, African and African diaspora studies and youth and community studies senior, expressed similar thoughts on the division between both groups. Deño, who is also UT Students for Planned Parenthood’s campaign manager, said she is passionate about enacting feminism into her daily life.

“I express feminism in my daily life by uplifting everyone around me, especially those who are unheard and sometimes deliberately silenced,” Deño said.

Deño fights for more marginalized groups such as the LGBTQ+ community and impoverished people that don’t often get a seat at the table. Deño and UT Students for Planned Parenthood’s goal is to uplift students.

Deño said although there is a division between her beliefs and others, people involved in the feminist movement can approach it in their own unique way.

“I am not going to define anyone else’s feminism,” Deño said.

She was specific in stating feminism does not have one true definition everyone follows. Deño said she can only attest to her own journey and experiences with the movement.

“(My feminism is) fighting for people no matter their gender identity, their social status, their class, their sexual orientation, it’s about fighting for their humanity without exceptions or conditions,” Deño said.

Cassie Guardiola, marketing junior and Longhorns for Life president, said she expresses feminism in her daily life by speaking up for what is right and treating women with dignity.

Although Horns for Life is an anti-abortion group, Guardiola said they care about women’s emotional and physical health, and above all want to support women.

Guardiola said she feels there are beliefs central to both feminist movements.

“(All feminists share) the belief that women deserve better than what society is doing for them right now,” Guardiola said. “We want to show we can come together to support women.”