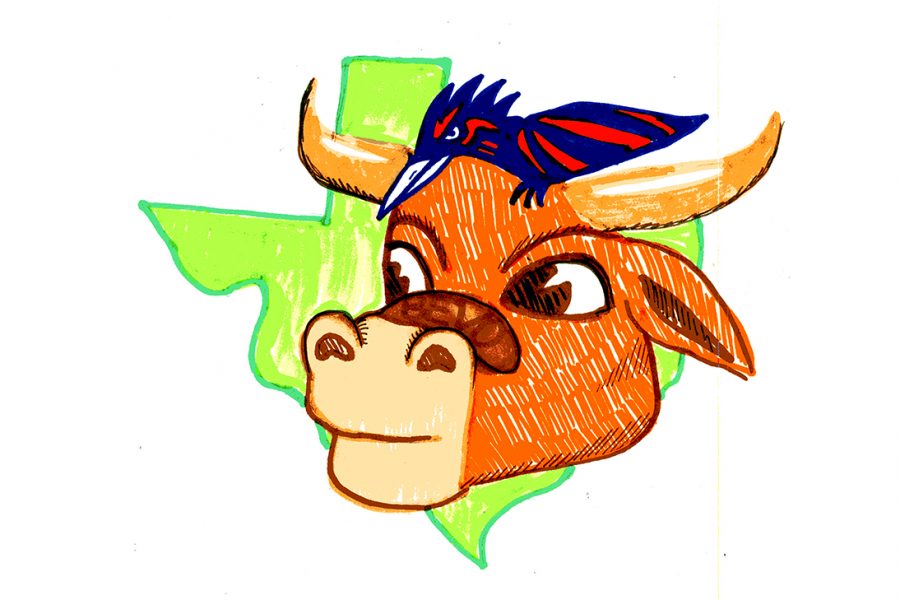 Texas Football tweeted a mashup video of the football team and a Travis Scott performance on Super Bowl Sunday, causing UT and UTSA students to fight over which school he attended.

The tweet said: “Texas’ own @trvisXX performs on the biggest stage tonight for the @SuperBowl halftime show. This. Is. Texas.”

Students from UTSA blew up the comment section in response. UTSA alumnus Chris Merryman replied, “Absolutely not your own, he is ‘now and forever’ a roadrunner.”

In an interview with Scott on the radio show “Real Late with Peter Rosenberg,” Rosenberg asked if Scott went to both schools. Scott replied “Yea,” but the UT registrar, which also contains records of students who didn’t graduate, shows no record of Scott being a student at UT.

A rumor circulating online says Scott was in UT’s Coordinated Admission Program, which allows freshmen students to transfer from one UT System university to UT Austin after meeting certain requirements, but neither school has a record of that in their registrar.

Scott Swegan, assistant director for media relations at UT, said the University was not trying to claim Scott as UT’s own.

“Travis Scott is from Houston, and therefore it is still accurate to say he is Texas’ own,” Swegan said. “Travis Scott’s group has given our program permission to use his music on our social media outlets.”

The tweet was intended to connect his performance at the Super Bowl to Texas, Swegan said.

“Many of our (football) recruits are from Houston and the state of Texas, and the video was intended for that audience,” Swegan said.

Despite the intended message, undeclared freshman Lily Clark said the video appears to portray Scott as a UT alum.

“It seems like (Texas Football wants) to get fame from him, but he went to a different school,” Clark said. “If anything, UTSA should post a video with him in their football team.”

Social work junior Molly Miller said in today’s culture, people get offended too easily, and there are more important things to focus on than a UT football tweet.

“Things like that I’m like, ‘Who cares?’” Miller said. “He’s from Texas. He went to UTSA. It’s part of the same UT system, I think. Even if it’s not, it doesn’t matter. Let them promote, it’s not hurting anybody.”