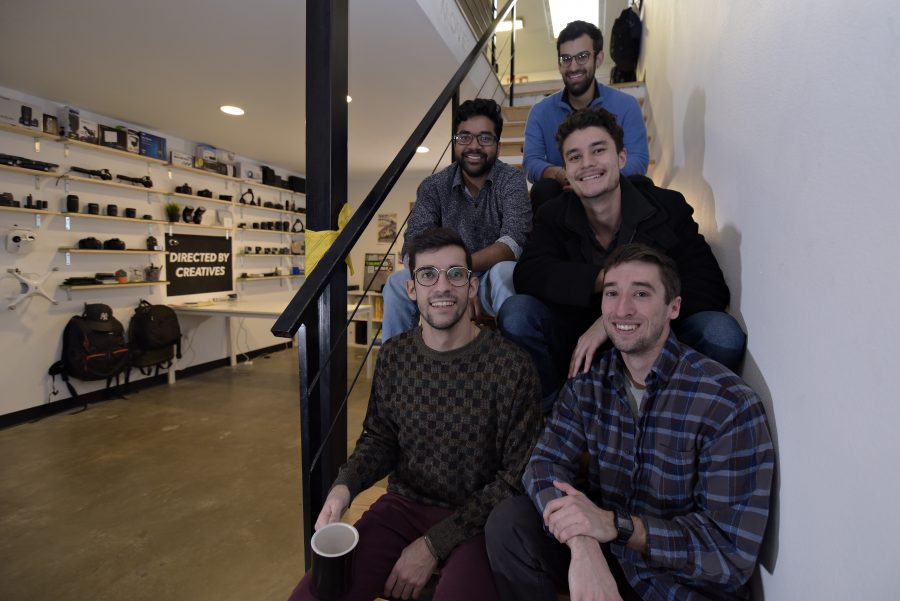 “I flew into Austin in January 2018,” Mefalopulos said. “I was supposed to stay for a week, but then I had this moment where I thought Austin was the place to be, the place to start something. I called Manas and asked if he wanted to come to Austin and start this business. Four hours later, he calls me back and says, ‘I’m in.’ He was here literally the next day.”

Since then, Nimaroh has grown to be the retainer “creative partner” for three businesses, as well as the contractor for about six to seven companies per month.

In recent months, Nimaroh expanded to provide social media management services, and with Takushi, photography and video production. Takushi has been doing videography since high school, freelancing with companies such as Cabo Villas and UGG.

“I’ve been wanting to start something like this before I joined on,” Takushi said. “They told me what they were doing, and I knew I wanted to be a part of it. I shot a couple jobs with them, and then I started hanging out with them, and now they’re my best friends and business partners.”

Through Nimaroh, Takushi has done work for several companies, including Lyft, Briggo, Redbull and TEDx, along with several smaller Texas-based companies. After initially joining in October, Takushi decided to drop out of UT to pursue his passion full-time.

“We had this project in my creative advertising class — make a promotional video for a company portraying their brand image,” Takushi said. “There was a choice of six clients, and one of them was Lyft. And at the same time, I was actually shooting the Lyft video through Nimaroh and I was like, ‘What am I doing here?’ I’m going to make this video and my professor is going to give me a grade, and I’m going to make the same video for Lyft and they’re going to pay me.”

Takushi’s faith in the company is matched by the clients it serves. Meagan Daugherty is a marketing associate for Briggo, one of Nimaroh’s largest clients. She said she is confident that the company has the potential to go far and has been impressed by their work to this point.

“I could honestly see (Nimaroh) doing pretty much anything,” Daugherty said. “They mix this good vibe of professionalism with being young and hip. It helps that they are so in tune with what’s in right now, what’s trending. They always try to think outside the box.”

The idea of leaving school might be terrifying to some, but Takushi doesn’t have any regrets.

“I can pay my rent, I can eat, but it’s definitely a grind — we are a small startup,” Takushi said. “Eventually we hope to be the go-to marketing and advertising agency in Austin.”