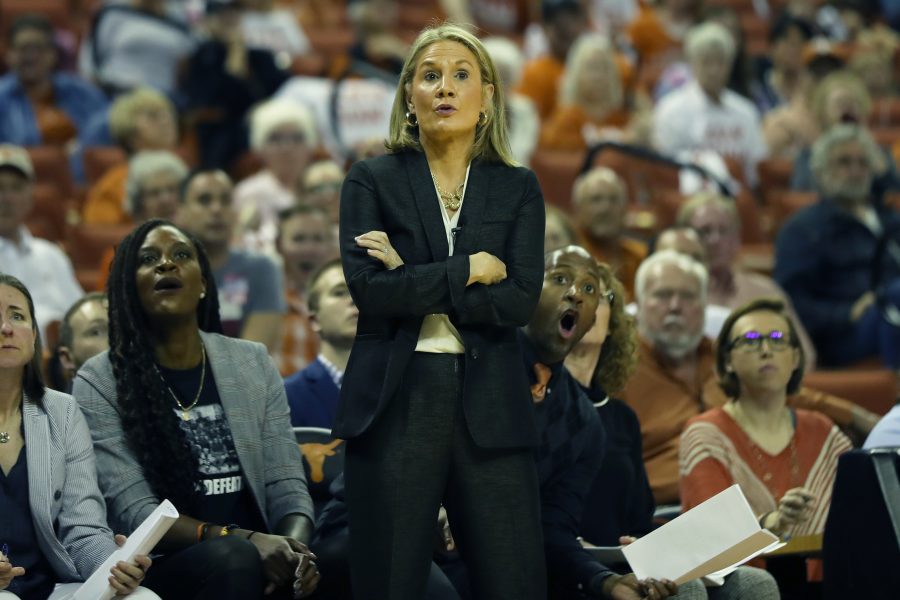 The Longhorns have finally hit the home stretch of their season.

After going on the road to beat Kansas on Saturday, Texas will make one more stop to play the Oklahoma State Cowgirls on Tuesday for the conclusion of their mini road trip.

Texas comes into this game with the second-best record in the conference. A win would not only keep the Longhorns in that position, but also give them momentum going into a home matchup with Kansas State.

The last time these two teams faced off, Texas came out with a 60-51 win. They were able to overpower the Cowgirls and grab 47 rebounds. However, the Longhorns’ Achilles heel was once again exposed as they committed 25 turnovers.

Since that matchup, which was the first in Big 12 play, the Longhorns have been 8–3. They have been favoring their young depth in the wake of key injuries.

Also, this game should feature more of guard Audrey Warren, who made her return from injury against Kansas.

“(She brings) a different level of energy,” head coach Karen Aston said. “She’s had quite a bit of experience. She gives us another body that values playing hard.”

Warren’s return adds a new dynamic for Texas while the Longhorns feel they are finding their stride in the back end of the season.

“I think we still have a lot (of potential),” Aston said. “I do think the young guys have a lot to grow and to give our team.”

The Longhorns are nearly undefeated away from the Frank Erwin Center, something that Aston feels is a direct reflection of the team’s makeup.

“They’re pretty resilient,” Aston said. “They don’t ever get down. On the road, if you get down, sometimes somebody will stick that knife in and you have no prayer.”

Oklahoma State will not only be motivated to do exactly that against Texas, but it is necessary for the Cowgirls to get back above water. The Cowgirls are coming off a loss against Texas Tech, dropping them to 4–7 in the conference.

One of the areas Oklahoma State will look to exploit is the perimeter defense of the Longhorns. The Cowgirls make the second-most threes in the Big 12 as opposed to the Longhorns, who are in the middle of the conference standings.

The loss to Baylor dropped Texas to No. 15 in the national rankings, lower than Texas is accustomed to. Tuesday’s matchup could mark the start of its climb back up the standings.