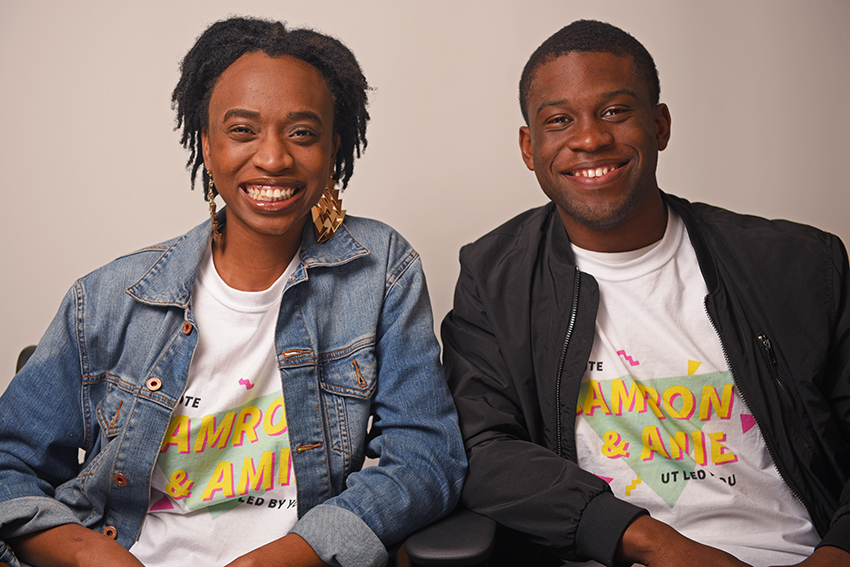 Editor's note: This is the first in a series of profiles of the three executive alliances.

Finance seniors Camron Goodman and Amie Jean said they strive to make their campaign for student body president and vice president — which features the slogan “UT led by you” — one that belongs to their peers.

“(We want) to make sure that everyone, every student, no matter who they are, where they come from, have a platform to have their voice and empower them to use it,” Goodman said.

Goodman transferred to UT and said seeing the transfer student community’s underrepresentation influenced his presidential campaign and past positions. He helped establish transfer student representatives in Student Government through the Transfer Student Agency, of which he later became director. He also won the position of University-Wide Representative last year.

The duo said they want to create a Transfer and Non-Traditional Student Center and a Continuity Committee, which will be tasked with advancing past ideas.

“It’ll be made from reps, so we’re not trying to create a whole new group, but reps that have a passion to see past projects carried forward,” Jean said. “We have great things that have happened on campus that students never know about because the whole (organization) turns over every spring.”

Goodman said he also wants an initiative that would distinguish what training faculty members have received. These training tags could appear in a professor’s syllabus or during registration.

“We wanted to create optional training tags, which is a visible way that shows if professors or faculty members have (taken) certain types of sensitivity training, such as faculty diversity training or some of the Allyship workshops out of the Gender and Sexuality Center,” Goodman said.

Last year, SG passed a resolution concerning optional sexual assault training for student organizations, and Goodman wants to see it followed through. The resolution supported not only the training but compilation of a list of student groups who participated. Jean said they would create a Horns-Link stamp designating which organizations completed the training.

The expansion of SURE Walk is also part of Goodman and Jean’s platform. Jean said she wants to make SURE Walk a resource for temporarily injured students, as she struggled to navigate campus when she was diagnosed with multiple sclerosis as a sophomore. Along with their goals, Goodman and Jean said they want to hear from students.

“At the end of the day, we want to make sure this campaign is everyone’s campaign,” Goodman said. “That’s UT led by you.”