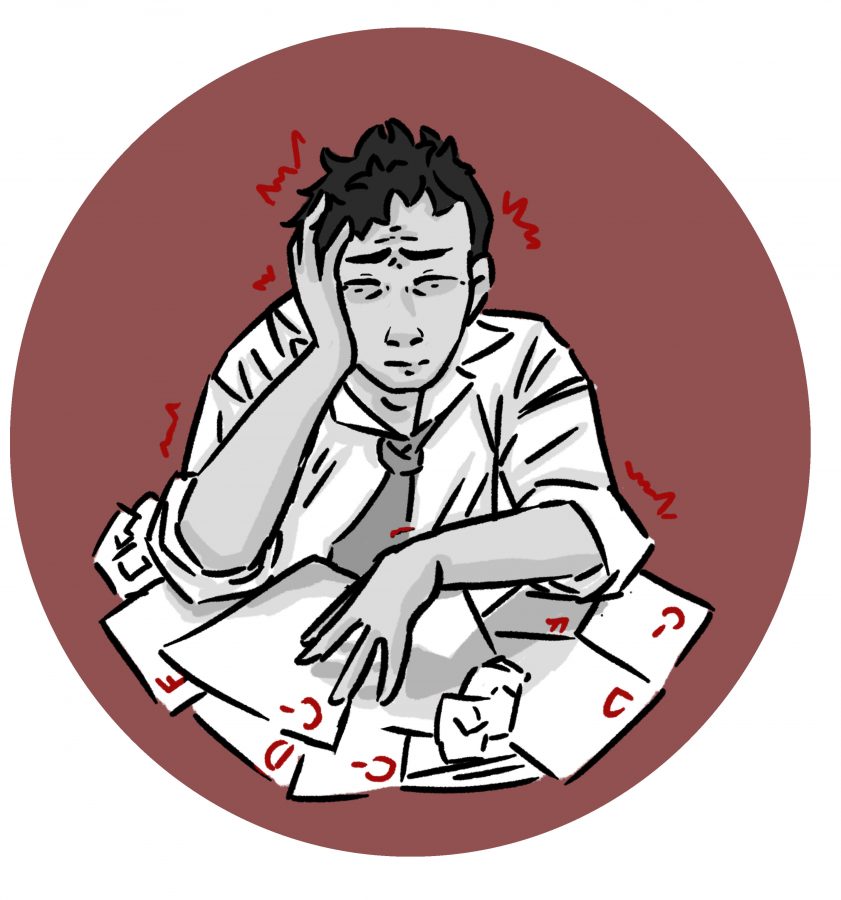 Near the end of December, I naturally woke up before my 10 a.m. shift with two hours to spare for the first time all semester. I wanted to cook breakfast and maybe fix a cup of tea. Instead, I lay awake, immobile, until the reality of being late for work became all too real.

In the following weeks, I noticed my approach to schoolwork was hauntingly similar — I’d feel upbeat with all my study materials ready, only to become paralyzed the moment I attempted to begin working. I’d complete my tasks, but always in a last-minute frenzy.

As a result, my whole academic year felt like a blur. Even my reactions to achieving personal goals — transferring into a new major, improving my GPA — seemed dulled. I was more relieved than excited, and I couldn’t understand why.

It was only after reading Anne Helen Peterson’s viral article “How Millennials Became the Burnout Generation,” that I could finally put a name to my condition. Fatigue. Burnout.

While self care enthusiasts might advocate for facials and juice cleanses to fight exhaustion, this issue requires more than a topical remedy. Burnout isn’t some punchy buzzword to excuse procrastination. It’s a steady internal weariness, a state of being.

While Americans glamorize being overworked and job prospects for recent grads shrink, neither trend is lost on students. We’ve internalized the idea that being highly successful involves emptying oneself.

In college, this amounts to centering our lives around the relentless demands of our coursework. We’re always focused on the next quiz, the next essay — instead of fulfillment.

In doing this, however, we no longer control our life’s pace. We’re dragged from one obligation to the next, spurred by anxiety rather than intrinsic enthusiasm or curiosity.

“In my major, assignments kind of snowball,” said Hayden Green, a rhetoric and writing senior. “Sometimes a paper will be worth 30 percent of the grade, but I’ll be so overwhelmed by every other minuscule assignment that I feel drained writing it.”

Despite feeling burned out, Green said he feels like he’s constantly running through upcoming deadlines or uncompleted tasks on his to-do list in his head, creating a disconnect between himself and his surroundings.

“From when I get up to when I go home, I have a set route,” said Green. “But there’ll be days when I realize I didn’t notice anything, like I hit fast-forward and ignored an entire segment of my day.”

If we want any chance at a secure future, hard work and the stress accompanying it are, of course, unavoidable, but there are ways to succeed while remaining grounded and minimizing anxiety.

The first solutions that come to mind are the self-care staples we see broadcasted across blogs and social media — face masks, Netflix binges, bubble baths.

While these practices reduce stress, they’re mostly sedentary and indulgent, which can feed into feelings of isolation.

If we want to combat burnout, we need to make consistent, deliberate efforts to jolt ourselves from our usual routine and into a more aware experience.

Take a new route to class, intently focusing on your surroundings along the way. Explore a new part of Austin. Have a meaningful conversation that doesn’t involve school. Take a photo. Remind yourself you are here.

David is an advertising sophomore from Allen, TX.