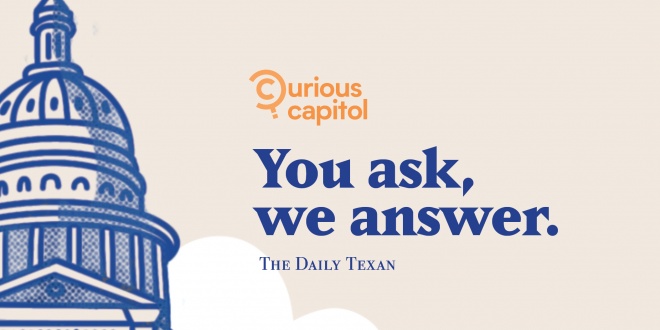 Editors Note: A source has remained anonymous in this article to protect their identity.

Medical marijuana has been proposed in the Texas Legislature in session after session, including the introduction of Senate Bill 90 by Sen. José Menéndez, D-San Antonio, in this session.

The bill, which expands the diseases that medical marijuana can legally treat, remains under review in the Health and Human Services Committee.

So, when one of our readers asked us, “Is (medical marijuana) moving forward in the legislative session?” we looked into it as part of Curious Capitol, a series where we answer reader-submitted questions.

Amongst other marijuana related legislation this session, SB 90 allows doctors to treat more debilitating and chronic medical conditions such as cancer and post-traumatic stress disorder. Just before the 86th legislative session began, Sen. Menéndez said he wanted to restore doctor’s right to treat these conditions.

“We’ll leave it up to the doctor to decide which patients need that particular medication and which ones don’t,” Menéndez said to the Texas Tribune.

SB 90 was proposed two legislative sessions ago but made recent headway. On Jan. 18, SB 90 was referred to the Committee of Health and Human Services. Following review, committee chairwoman and Sen. Lois Kolkhorst, R-Brenham, will determine if the bill moves to be voted on the floor of the Senate. Sen. Kolkhorst declined to comment until after the hearing.

If the bill is approved, it moves to the Senate to be voted upon, where it could be thrown out or passed onto the House for the same process. The bill then potentially could end up on Gov. Greg Abbott’s  desk in which he could approve, veto or ignore it.

When medicinal marijuana-derived oils for epileptic use was first signed into law in 2015, Abbott said he would not continue to legalize marijuana for other uses in the state of Texas.

“(I’m) convinced that Texas should not legalize marijuana, nor should Texas open the door for conventional marijuana to be used for medicinal purposes,” Abbott said in a statement in 2015.

Heather Fazio, the director of Texans for Responsible Marijuana Policy, said this bill is more likely to pass now in the current political climate due to greater access to information and a change in the perception of medical marijuana.

“(Texans) no longer have to trust the misinformation and fear mongering we’ve heard coming from our own government for decades,” Fazio said. “They are thinking about the mom who’s giving her child (with) autism medical cannabis to help with behavior.”

A UT student, who wished to remain anonymous due to their illegal activity, uses marijuana to treat their chronic back pain. If SB 90 passes, this student would apply to use medicinal marijuana legally but said they understand its drawbacks.

“There is a lot of responsibility on the consumer,” the student said. “There’s a fine line between using it to help your back and abusing it and getting way too high.”