The Peached Tortilla adds to Austin’s growing ‘mecca of food’ 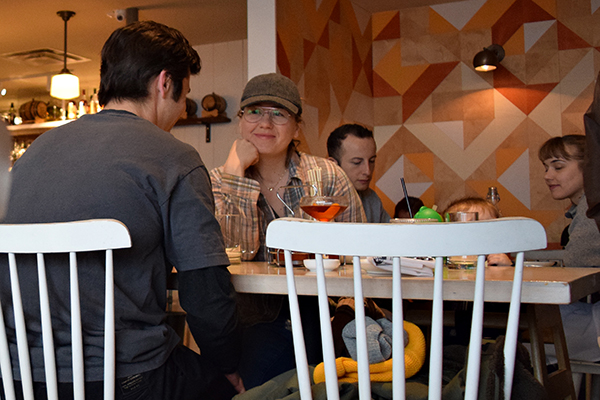 Growing up in Japan, Eric Silverstein gained an appreciation for local cuisine. After settling in the American South, he decided to combine Japanese cuisine with the flavors of traditional southern cuisine.

Silverstein founded The Peached Tortilla after trying his hand practicing law for three years. He said he had lost his passion in being a lawyer and decided to turn elsewhere to find purpose.

“I wanted to get away from my lawyer career,” Silverstein said. ”I wasn’t passionate about it.”

Silverstein turned this into a business with The Peached Tortilla food truck  but said it was not an easy way to make money in the fast-moving environment.

After a taxing start in the business, Silverstein handed over food truck operations to Gilberto “Beto” Solis, now operations manager for both brick-and-mortar restaurants. Solis said it was not much easier for him, either.

“(A food truck is) everything you expect from a kitchen but also with a very limited amount of space,” Solis said. “(You are trying) to pump out crazy amounts of food from such a small space.”

Jenna Paul, general manager of the Burnet Road location, began as a server and worked her way up. She said the tight-knit relationship between the staff inspired her to stay with the company as it continues to grow.

“In the moment, it is a rush, but at the end of the day, I love that feeling,” Paul said.

Silverstein said they have a good amount of regular customers as well as avid food fanatics. Ben Grantham, an avid foodie, said he started going to The Peached Tortilla six months ago.

“There is good food, a good location and a good time (here),” Grantham said.

Solis values positive customer opinion and recognizes that to stay competitive, they must continually update their menu. They do this with a different specialty taco offered every Tuesday. These additions add to what Solis dubs “a mecca of food.”

“Austin has been growing significantly in that area, so you really need to stay innovative,” Solis said.

Silverstein continues to expand the business, with an airport location, bar on West 6th Street and Peached Social House amongst the additions. Despite rapid expansion, Silverstein said he remains committed to his passion and is always working on new food items.

“(Our company has) been built on getting people aware of it and having a product people want, with a core team that is good to grow,” Silverstein said.